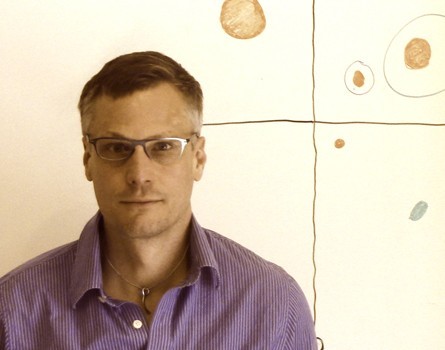 A US startup thinks it may have found a way to predict what is becoming an increasingly common occurrence in Australia: leadership spills.

Squerb is a social analytics and engagement service that creates graphics of aggregated opinions, giving a platform that allows users to share what they think and see what other people think.

CEO Chris Biscoe says “online feedback is broken” at the moment, and Squerb is the solution.

“The ‘like’ button misses a lot of fundamental opportunities when you’re asking people to give feedback,” Biscoe says.

“It’s not really imparting a lot of information, it often requires people to ‘like’ a sad story, and it isn’t very actionable.

“Businesses want to know much more than a ‘like’.”

Squerb can also provide useful insights into trends for marketers and the public alike, he says.

Biscoe was recently visiting Australia and saw an interesting trend on a particular politician’s Squerb graph.

“Tony Abbott was one of our biggest topics, and we saw a curious case on his page when I was in Australia,” he says.

“The data was saying that he was in trouble and he wasn’t a very popular guy. Our data was certainly giving us early indicators that across the board he was very unpopular.

“Even Donald Trump has nuanced opinion but Tony Abbott seemed to be almost universally despised.”

While it certainly doesn’t take a genius or a computer program to work out that Tony Abbott was extremely unpopular in the lead-up to Malcolm Turnbull’s challenge, the leadership turmoil illustrates how the Squerb platform can be used to aggregate and visualise opinions and predict trends.

Squerb also has an Australian connection, with business developer James Norman heading up local operations from Sydney, and the startup recently partnering with Australia Marriage Equality to display opinions on the prominent debate surrounding that.

The purpose behind Squerb is to provide much more insightful and useful opinion data that’s behind a ‘like’ or a ‘share’.

It’s a platform that allows users to express an opinion on just about anything, from a restaurant to an album, through a visualised graph on an axis of intelligence and emotion.

It launched in beta at SXSW last year and Biscoe says it can be beneficial for users and businesses alike.

“We add value in that space where people want to express themselves about the things they’re most passionate about,” he says. “It’s designed to be universal.”

“There is a niche between commenting and click-based feedback we give. If you give a movie three stars it really begs a lot of questions.”

While admitting that the going has so far been “challenging”, Biscoe says they might now have found their main area: politics.

“We’ve built a product that’s universal and we need to find that killer first-use case,” he says.

“We’ve found that in the form of politics. People feel very strongly about it and they don’t mind expressing that.”