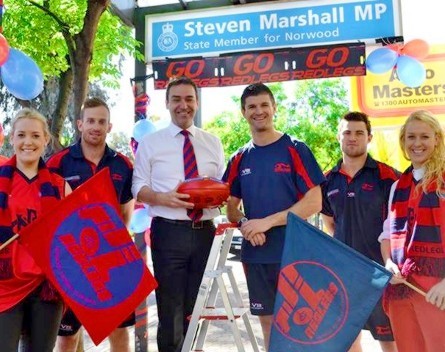 Adelaide’s bid to become Australia’s start-up capital just got serious, with the state Liberal Party this week making it an election issue.

The Steven Marshall-led party has this week announced a start-ups policy to compete with the incumbent Labor government’s start-up supporting initiatives.

The Liberals have promised a $500,000 start-up fund to host an annual Adelaide Startup Week and establish an entrepreneurship curriculum for high schools.

The party’s Adelaide The Startup Capital plan identifies the benefits of a stronger start-up ecosystem as job creation for young people and reducing the state’s “devastating brain drain”.

The Labor Party’s existing jobs policy touches on the potential of start-ups and identifies South Australia’s need to take a proactive approach to job creation.

“No matter who wins, this being an election issue and the support will serve as an accelerant for the work of current start-up programs and groups who are already proven and working away,” he says.

Prunckun says the local start-up ecosystem is on the verge of a tipping point.

“We’re at a critical mass of volume with start-ups in Adelaide. Every night of the week there is something co-working on. We’ve got all the key pieces with unis, accelerators and incubators events as well as mentors and investors. We just need a few more success stories but now we’ve primed the pump.”

Labor’s new commitments include appointing a young entrepreneur to the Economic Advisory board and pledging to provide funding to leading co-working space the Majoran Distillery.

Majoran Distillery director Chhai Thach told StartupSmart the Labor government had pledged to support their operations with $100,000 a year for four years.

“It may seem small but to us as a little organisation that runs lean, a little bit of money will go a long way,” Thach says.

“But with both parties saying they’re going to support start-ups for the long haul, that could change quickly,” Thach says. “It’s good they’re both backing what the community is already doing rather than trying to control it.”

Thach add he hopes the federal government moves towards a similarly supportive stance with start-up policy in the coming year.