StartupAUS: What we learnt from Startup Muster 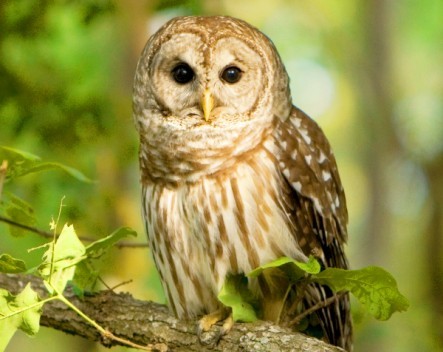 Startup Muster launched with quite a lot of fanfare in April last year. It was a highly ambitious project, which aimed to help show government, investors and the media what’s really happening in the Australian startup scene.

The fact that over 430 startup folk were willing to wade through 55 questions is a testament to the community spirit that holds our startup ecosystem together. So what have we really learnt from the exercise?

Starting up is a part-time pursuit for many Aussie founders

More than one-half of startups (51%) don’t have a single full-time team member, and only 18% have all of their team working full-time. This is probably linked to the fact that two out of three startups appear to be bootstrapping and have not yet even approached investors to raise capital. In fact, only 14% have successfully raised funding, and 50% have raised less than $100,000. This is clearly a major hurdle and one that StartupAUS covered in some depth in our Crossroads report. Over the past year since the data collection took place, we have seen increased levels of VC funding in Australia, but more needs to be done.

They may not yet be full-time roles, but startups are creating jobs. In fact, 78% of the startups surveyed had created at least one job. Those further along their growth cycle are delivering increasing headcounts, with 6% of respondents reporting they have more than 11 employees.

StartupAUS has long said that job creation is one of the main benefits of a healthy and vibrant startup eco-system. Each new job created in a tech startup also has a multiplier effect, which creates five new jobs in other sectors, according to Berkeley professor Enrico Moretti. This was underlined by the finding that 68% of startups had outsourced within Australia. It’s early days for Australia’s ecosystem, but as past forecasts have suggested, startups could account for 540,000 new jobs by 2033.

Co-working, accelerators and incubators are driving our eco-system

More than half (54%) of respondents said they had used a co-working space such as Fishburners or River City Labs. One in five has been through an incubator or accelerator. Whilst we can’t ignore any possible sample bias in the survey, it’s clear that, along with incubators, it’s the infrastructure that has rapidly been assembled over the past four years which is fostering the lion’s share of Australian startup innovation.

Events and networking are also a necessity, with 78% of founders attending a startup event in the past year. This should be of interest to government when looking at how it can offer support and help foster the next generation of Australia tech companies.

Australia is a good place for female founders

Many of Australia’s most feted startup founders are women, including Canva’s Melanie Perkins, Shoes of Prey’s Jodie Fox and One Shift’s Gen George. It is encouraging that Startup Muster found that 19% of the startup founders who responded were female. Compare this to estimates as low as 2% of female founders in the US, and 1% in the UK according to the Global Entrepreneurship Development Institute.

Our startups do have global ambitions

I’ve seen a lot of talk about the fact that 27% of respondents have estimated that the size of their market is $1 million to $10 million. But let’s not get dogged down in a debate around whether startups are aiming high enough – after all, more (30%) saw themselves going for a market over $1 billion. For me, more interesting was the fact that 44% of startups with revenue are selling to international markets – which to me is a far better indication of growth potential and ambitions. All good news was that 62% said they are experiencing growth in users, customers or both.

Startup Muster has helped identify a host of statistics that are useful in quantifying how Australia’s startup eco-system is growing. But it is, in its first iteration, a one-dimensional exercise. Where we will see real insight is by comparing how the dial has moved since the data has been gathered. To build on the success of the first survey, we need representation from outside co-working spaces, and from all across Australia – so I encourage any founders who are interested in supporting the growth of our startup sector to take the time to complete the Startup Muster 2015 survey which is now open at: http://www.startupmuster.com/.

Peter Bradd is entrepreneur-in-residence at Fusion Labs and a founding director of StartupAUS.