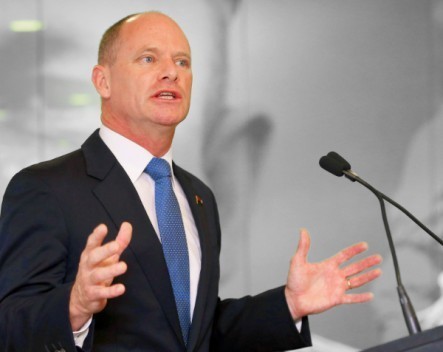 More than 80% of Queensland startups think the Newman government is not doing enough to support the state’s startup ecosystem. However, only 19% believe Labor’s policy on startups is up to scratch, according to research conducted by River City Labs.

The survey, which collected responses from 200 entrepreneurs, investors and startup employees, paints a bleak picture for the technology and startup policies of the major political parties.

Steve Baxter, founder of River City Labs, says the Queensland government – regardless of whoever wins the election – needs to pay more attention to the startup sector.

“Governments the world over are investing time, energy and resources to understand and support technology startups,” he says.

“They have become accepted as key drivers of employment opportunities and economic growth. Ingenuity, creativity and entrepreneurship are not finite resources, and with a little elbow grease and a lot of government support, I truly believe Queensland has the potential to be a powerhouse for global innovation.”

“Startup and technology are not exactly simple areas to understand, and traditionally Australian politicians have struggled to get their heads around where they fit into the government agenda,” he says.

“In recent years we have seen some market improvement steps, but based on our straw poll it appears the report card says ‘more effort required’.”

The survey also identified the policies the Queensland startup community wanted the state government to focus on. Topping the wishlist was the establishment of financial and regulatory incentives to attract more Australian and international tech startups to Brisbane.

Wanting startup funding grants and a Queensland startup precinct in the state’s capital to bring the ecosystem together also ranked highly.

River City Labs is not the only organisation lobbying Queensland political parties to pay more attention to tech startups. Yesterday, the Australian Computer Society called on both major parties to commit to making Queensland the leading digital economy in Australia.

Chair of the ACS Queensland Branch, Dr Nick Tate, said in a statement digital technologies are “critical drivers” of productivity, growth and innovation and therefore higher standards of living.

“We need to use digital technologies to help create new industries, help existing industries retain a competitive advantage, and provide new opportunities for employment and growth,” he said.

Chris O’Halloran, founder of Queensland startup Grapple, told StartupSmart it’s not easy for entrepreneurs to find the support they need. He says Labor’s promise of a $40 million fund to help startups only scratches the surface when it comes to solving the issues facing the local tech ecosystem.

“I don’t know if just having a fund is going to fix the problem because we still need to have an ecosystem that helps startups thrive – particularly in the early days – and there isn’t a lot of support out there,” he says.

“At the moment as a startup one of my key levers to getting resources is giving away equity, which causes a lot of issues for taxation purposes. Those roadblocks need to be removed.”

“In comparison to our competitors overseas and what their governments are doing… we’re lagging behind,” she says.

“If we could get some decent funding that would be the number one thing. But also understanding the tech sector and encouraging people to explore new technology and providing help for them to do that.”

“Three years ago, Queensland was borrowing money at unsustainable levels,” he says.

“This government has reduced that debt, and has a strong plan to balance the books and provide the most vibrant and innovative entrepreneurial climate in Australia.”

Walker pointed to the Startup Queensland fund, as well as the $90 million Research to Reality fund which was announced at the recent LNP campaign launch.

“In addition, If re-elected, the LNP’s $500 million Entrepreneurial and Innovation fund will make Queensland the best place in Australia for a startup company,” he says.

“Queensland’s entrepreneurs start with a problem and create job-generating businesses. We’re intending to do the same.”

Labor’s opposition spokesperson for innovation and IT, Dr Anthony Lynham, was contacted for comment but did not respond prior to publication.