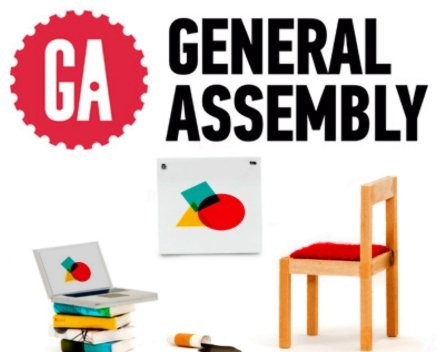 Australian start-up operators should learn how to create websites and software for themselves instead of looking for technical co-founders, says Riley Batchelor, general manager of the Australian chapter of tech skills training centre General Assembly.

“We see a lot of people struggling to find the right tech co-founder,” Batchelor told StartupSmart.

“There is a limited number of (computer) coders and developers out there, and many entrepreneurs find most developers are either working for themselves, perhaps planning their own start-up, or working for someone else already.”

General Assembly Australia is launching a suite of new courses over the coming weeks to meet the increasing demand for technical and development skills.

Students work on a particular project such as a website or app throughout the courses, and most finish up with a useable MVP (minimum viable product, or version one of their software). Basic computer literacy is required to join the course.

“Coding is not as mysterious and difficult as people think. You just need to start small and get your feet wet,” says Batchelor. “A lot of students are quite surprised at their ability once they’ve jumped in, got hands on and started practising.”

Batchelor says the first few weeks can be a steep learning curve for people with no background in tech.

“It’s about wrapping your head around the syntax of a different language and learning how different bits function within the languages,” says Batchelor. “But it’s like learning a foreign language, the second one you learn is easier than the first.”

Since opening the Australian chapter last year, over 4000 students have trained at General Assembly.

For start-up operators, there are two upcoming courses in Sydney on developing the back-end and the front-end of your website. Both are part-time evening courses which run for 10 weeks.

For aspiring developers and start-up operators serious about cutting down the cost and hassle of outsourcing technology development, General Assembly is launching the first Australian, 12-week intensive course to take someone with little to no tech background and turn them into a developer soon.

Also available is a two-day “Start-Up MBA” course for anyone planning to launch a business.

General Assembly will be launching in Melbourne in early 2014.