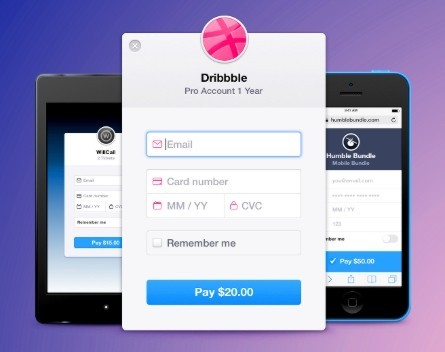 The launch of Stripe in Australia today is the “best thing since vegemite” says Stripe head of Australia/NZ, Susan Wu.

From today, the global payments platform is available to all Australian merchants, having been limited to a number of beta clients until now.

Stripe co-founder and president John Collison is in Australia this week for a series of events to promote its launch, kicking off in Melbourne on Tuesday night and then in Sydney on Thursday night.

Collison told StartupSmart he’d consider Stripe a success when it made it easier for any Australian to launch a business.

Stripe’s technology can be integrated into any app or website, and only requires an existing Australian bank account.

“Stripe lets people accept payments in any currency, in a matter of minutes with just a few lines of code, something you could never do before,” Collison says.

Collison was inspired to build Stripe with his brother Patrick while still at college, when they decided that accepting payments on the web should be a lot easier.

Australia is the fifth market where Stripe has launched after the US, Canada, UK and Ireland (where the Collison brothers are from).

“In general we’ve had a good time opening in overseas markets, and there seems to be a fairly large demand for Stripe’s services in Australia,” Collison says.

“There is a strong culture of founders and developers wanting to start their own business here. There is a history of companies like Atlassian and Campaign Monitor that punch well above their weight, and then you have companies like Flightfox and LIFX doing really new innovative things.”

Collison says Stripe’s modus operandi in entering foreign markets has been to give access to a number of leading innovative companies, learn what they want and iterate.

“The most successful way we’ve found in entering foreign markets is to onboard a number of companies and set up a local presence, hiring people across sales, support and engineering,” he says.

So far, under the direction of Wu, Stripe has hired six Australians for its global Stripe team (hailing from Perth, Sydney, Melbourne, Hobart, and country Victoria), and are building a local presence in Melbourne and Sydney. They are currently hiring more team members.

The launch of Stripe has been welcomed by many in the local industry, with high profile local companies like LIFX and Flightfox already using the payments system, as well as local incubators Startmate and BlueChilli within their portfolio companies.

“While payments solutions in Australia have seen incremental improvements, we think the arrival of Stripe could mean that new kinds of businesses will be easier to start than ever in Australia; particularly online software and services businesses like Campaign Monitor or Atlassian, marketplaces like Freelancer or 99Designs, and subscription businesses,” says Niki Scevak Startmate, Blackbird VC.

Collison says that although there are local competitors – Pin Payments offers a similar service – they weren’t against merchants having a choice.

“We’ve had competitors in just about every market we’ve entered, but the fact is that Stripe is a phenomenally powerful tool and we’re genuinely psyched when people use it,” he says.