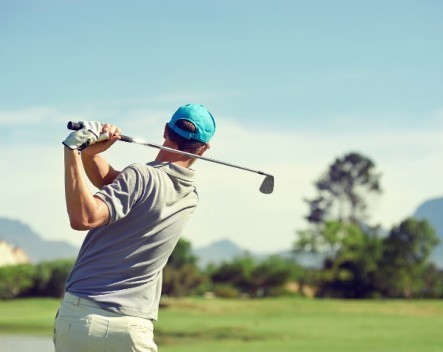 Golf is not a sport that treats the casual player well. A few weeks away from the green can have a big impact on your game.

Sydney-based startup Swing is developing a wearable product that wants to help combat that. The wearable tech gives golfers real-time feedback on their swing, enabling them to practice anywhere, anytime.

Swing is actually a watch which uses the Android-wear platform and is designed specifically for golfers. Co-founder Andy Bonehill, whose day job is as a cloud pre-sales consultant, says the idea for Swing came when he was trying to get his head around the implications of the Internet of Things.

“It took a while for it to sink in, what it actually meant,” he says.

“I realised what IoT is really about is getting a more intuitive view of the world. You aren’t able to process all of this info yourself. So it enables people to gain sensory data, and display it in a useful way.”

For Swing and the golfers it is targeting, that means being able to help them understand the nuances of their stroke. Swing will measure a few key metrics, including swing speed, pitch and angle of rotation. These stats can then be displayed on the device, but are also uploaded to the cloud. Swing’s internet connection relies on being tethered to a smartphone either by Bluetooth, or by USB.

Swing plans on building out the data analytics part of the platform to include an ability to share your swing stats with friends, and expert coaches online. Last year another Australian startup Smash Wearables ran a Kickstarter campaign for a similar product aimed at tennis players. It raised over $85,000 but fell short of its $200,000 goal.

Unlike tennis, where different shots require very different movements (think forehand and backhand), the changes in a golf swing are much more subtle. Bonehill says Swing has been used by a few amateur golfers so far, but has yet to be tested with the pros. Getting the seal of approval from professional golfers, will be key to proving its worth as an instructional tool. Bonehill says that’s likely to occur when beta testing starts at the end of the year.