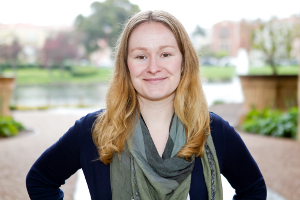 Melbourne tech entrepreneur Kate Kendall is moving to Silicon Valley to work for a new web start-up, which will be launched in the coming weeks by the co-founders of YouTube.

Kendall will head up marketing and communications for Zeen.com, a new magazine publishing site.

She is best known as the founder of The Fetch, a “what’s on” guide for the business and digital communities.

The new venture is the brainchild of AVOS, an online company established by co-founders Steve Chen and Chad Hurley, who sold YouTube to Google in 2006 for US$1.76 billion.

Since its launch last year, AVOS has made great strides by acquiring the Australian-founded site Trunk.ly, as well as Delicious.com.

Kendall says that she met Chen and Hurley via Trunk.ly founder Tim Bull and looks forward to moving to AVOS’ office in San Mateo to work on the project.

“It’s an amazing opportunity and a dream role for me,” she says.

“Steve and Chad have had incredible success and a huge impact on the world.”

“But what really strikes me about them is how down to Earth and normal they are. They have great drive, but also realise they have to build the right team around them.”

Zeen.com will allow start-ups to launch online magazines, describing itself as a place where people can “discover and create beautiful magazines”.

Kendall says that she will continue running The Fetch, with the possibility of expanding the publication to the US.