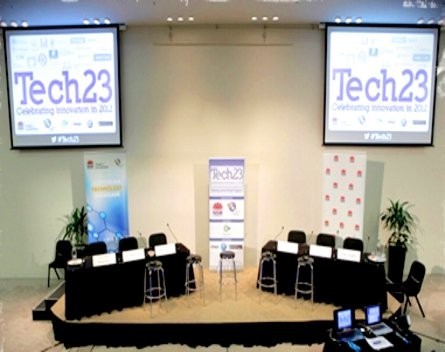 Leading innovation event Tech23 is back for 2013 and calling for applications from entrepreneurs to attend.

The one-day conference of speeches, mentoring and pitching was launched four years ago to celebrate innovation and connect entrepreneurs to investors.

The event is coordinated by ICT event management company Slattery IT and sponsored by the NSW Department of Trade and Investment.

Rachel Slattery, director of Slattery IT, told StartupSmart her team was looking for companies younger than seven years with technology at the heart of their innovation.

Companies that already have investors would be well regarded, but good references from customers or at least testers were critical.

“Serial entrepreneurs often get in, because it shows you’ve got a proven track record and it creates great theatre. I don’t apologise for this, it’s not a pitch fest. It’s an event to show these companies off. So if you’ve got a track record or a great story, we’d love to have you,” says Slattery.

There are a range of smaller awards with prizes ranging from meetings with investors to training and mentoring.

The expert speakers are selected based on the 23 selected companies, with the following having been announced so far: Alan Noble from Google, Glenn Wightwick from IBM, Bill Bartee and Larry Marshall from Southern Cross Ventures, Melissa Widner from Seapoint Ventures, Paul Bassat from Square Peg Ventures, and Stuart Richardson from Adventure Capital.

The event was first launched in 2008.

“Federal grants were slowing and the GFC was hitting. So we decided that we could sit around and whinge or we could get moving. And the industry did get moving. We were part of the first wave of industry, the innovative start-up industry, saying `let’s just get on with it’,” says Slattery.

Only 23 companies are selected each year to attend the event. Last year 140 companies applied.

Presentations from the 2012 Tech23 conference can be watched here. Start-ups can apply to attend the conference here.