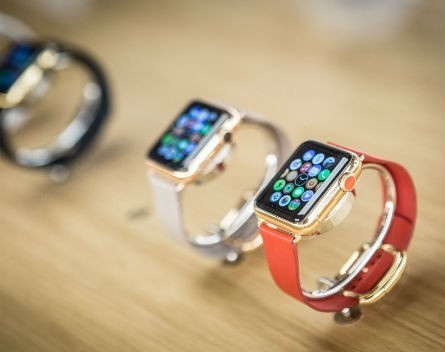 This week brought news of the challenge that Apple faces with dwindling sales of the Apple Watch. Microsoft CEO Satya Nadella also pulled the plug on its smartphone business purchased from Nokia with the announcement of 7,800 job layoffs and writing off US$7.6 billion in assets. Another beleaguered CEO was Reddit’s Ellen Pao. After Reddit’s shutdown earlier this week, a petition calling for her resignation passed the 212,000 signature mark.

Apple Watch sales reportedly fall sharply in the US

This week Slice Intelligence reported that Apple Watch sales in the US had dropped to 15% of their levels in April, with only 5,000 watches selling per day. Selling large numbers of the Apple Watch was always going to be a big ask. Even for something that actually does function better than its competitors in this space, the price of the Apple Watch and its accessories, is going to be a disincentive for many.

The generalised adoption of the smartwatch as a technological category will rely on changing behaviours that have become ingrained over the past 20 years as we have adapted to using mobile phones. The last 10 years has seen smartphones become a real general computing device on which we are prepared to spend a great deal of time.

Apple has done a good job with the interface on its watch, but the small screen is always going to limit its capabilities. It will take take time before people decide what can be done on the watch and what they need to get the phone out for and ultimately that will determine the value they are likely to place on having that type of functionality on their wrist.

It is early days, however, and this is only version 1 of the watch. Until Apple release worldwide sales figures, it isn’t going to be possible to decide whether this has been a financial success from Apple’s perspective.

(Ed’s note: AppleInsider has a good piece on the questionable nature of the Slice Intelligence research. In short: the stats also show that the Apple Watch is the most succesful smart watch by a considerbale margin.)

Microsoft repeats history and writes off its smartphone business

In what is the final act of the tragedy that has been Nokia’s decimation, Microsoft CEO Satya Nadella announced that Microsoft would be laying off a further 7,800 staff and writing down US$7.6 billion in assets associated with its smartphone business.

It could be argued that Nokia, like BlackBerry, would have struggled to survive in the smartphone business in any event. It had already chosen the wrong side by deciding to focus on using Microsoft’s operating system for its phones instead of embracing Android. Former Microsoft CEO Steve Ballmer made an equally bad decision to buy the company in order to stop Nokia from changing its mind and abandoning Windows and adopting rival Google’s platform.

Microsoft has a history of making poor acquisitions. In 2012 it booked a US$6.2 billion charge for its acquisition of digital marketing company aQuantive. Driven again by wanting to compete against Google in the online advertising space, Microsoft was unable to make its online business profitable.

A year later, Microsoft took a US$900 million charge on poor sales of the Surface RT a line of devices that lost Microsoft US$2 billion in the first two years of sales.

If nothing else, the experience with Nokia should have finally convinced Microsoft that it is not ever really going to succeed as a devices company. For the moment, this is what CEO Satya Nadella seems also to have accepted. It is a pity that so many people should have had to lose their jobs for Microsoft to learn that lesson.

Reddit CEO Ellen (Chairman) Pao clings on to the role

The shutdown of parts of Reddit earlier this week eventually came to an end. But a belated apology from CEO Ellen Pao hasn’t satisfied the moderators who took this action. Two moderators involved in the earlier action wrote in the NY Times that the company leaders still hadn’t fully explained their actions in removing staffer Victoria Taylor, a move that triggered the users’ protest.

It seems a very large number of the Reddit community are also still unhappy with the CEO’s response to this crisis, and a petition asking for her to stand down has passed the 212,000 signatures mark.

Ironically, the skills a CEO would need to possess to be able to recognise when they should go are similar to those that would have made them a good CEO in the first place. Bad leaders, by definition, aren’t able to take the the best decision for the sake of a company and leave when they should. So far, nobody in a position to tell Pao that it is time to move on has surfaced.

In Reddit’s case, and also an indicator of poor governance, there seem to be only two board members. Alexis Ohanian, a founder of the company and arguably not any better at handling the company than Pao, and Samuel Altman, who is involved with startup incubator Y Combinator. In the absence of a board to manage the CEO, it will be left to Reddit’s users to decide if it is worth sticking around to find out what she will eventually do.