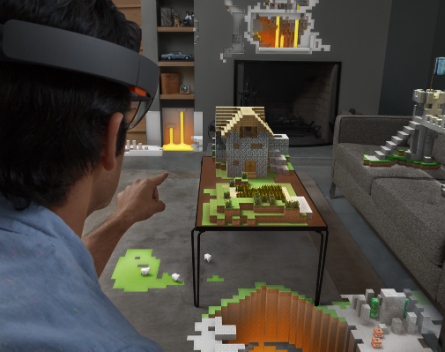 Technolog is the first in a (mostly) weekly wrap up of the highlights of the technology news and events of the week. These are the tech stories that hopefully are the most relevant to knowing what is likely to have an impact on our daily lives.

Former CEO of Nokia, Stephen Elop is fired from Microsoft

Microsoft CEO Satya Nadella, this week announced the departure of ex-Nokia CEO Stephen Elop and several other Microsoft executives in a reorganisation of the company that saw the creation of three groups; Windows and Devices, Cloud and Enterprise, and Applications and Services.

Whilst at Nokia, Elop arguably destroyed any chances of Nokia remaining relevant in the smartphone world by insisting that all of Nokia’s smartphones move to support the Windows platform instead of Android. Nokia’s death blow came when Elop steered the sale of the smartphone business to Microsoft where Elop then presided over its inexorable journey into obsolescence and the sacking of most of the former Nokia staff.

The reorganisation is a good one for Microsoft and will allow them to concentrate on their core strength, namely enterprise software. They are also having increasing success with the move of this software to the cloud.

Users of the password manager LastPass were advised this week to change their master password after hackers stole users’ details including emails from LastPass servers. The hackers did not compromise users’ stored password information itself. It seems unlikely that they will be able to crack the stolen encrypted master passwords with the information they obtained because of the particular security measures LastPass uses.

The hack of LastPass showed that even though almost anything can be hacked, how you handle customers afterwards can make all of the difference. LastPass’s fast response and disclosure was praised along with the extensive security measures that they had in place to protect user data in the event of this type of occurrence.

A security researcher this week demonstrated a vulnerability that exists in Samsung phones which allows hackers to send malicious code to install and run on those phones. The vulnerability is specific to Samsung phones, and comes from the way Samsung updates the SwiftKey software embedded in its keyboard on the phone. These updates are not encrypted and Samsung allows code downloaded in this way to get around the normal protections of the Android operating system.

Although Samsung has issued an update for this problem, it will depend on phone carriers to actually push it out to customers, and they are typically very slow at doing that. In the meantime, there is little users can do to protect themselves, other than not connect to unprotected Wifi, and this may be a good time for them to consider switching to another brand of Android phone?

E3 is the biggest electronic games expo for the games industry held each year in Los Angeles. Upcoming releases of games are announced at the expo along with new games hardware and accessories. There were simply too many announcements to summarise here, but the remake of the first-person shooter game Doom, although stunning in its detail, seemed gratuitously graphic and violent. Another anticipated release was the action role-playing open world game, Fallout 4. Set in post-nuclear apocalypse Boston, the game player can adopt a male or female role, enters a fallout shelter and after 200 years have passed, emerges to explore the world above.

What will be interesting about this game is the addition of a device (Pip-Boy wrist mounted computer) that will hold a mobile phone and strap to the wrist of the player, allowing them to interact with the game through that device.

On the console side, Microsoft announced that the Xbox One will support streaming of games to a Windows 10 PC where it will also be able to support Facebook’s Oculus Rift virtual reality headset. Microsoft’s also showed off their own augmented reality headset Hololens being used with Minecraft. The video highlights some of the amazing potential of this technology that will be available in the not too distant future.