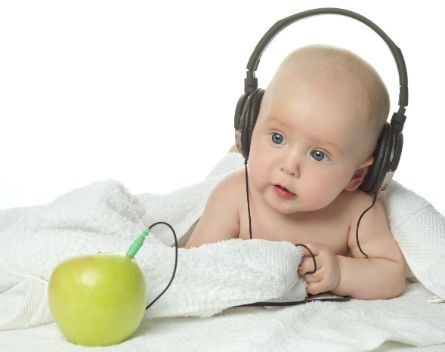 It is sometimes difficult to know which is worse, the hyperbole that accompanies product launches, especially those from Apple, or that from politicians threatening catastrophe at the hands of terrorists unless tech companies stop giving their customers effective security and privacy. This week has seen both, with the launch of the much-hyped Apple Music service to mixed reception, and the UK Prime Minister David Cameron declaring that he will ban companies like Google, Facebook and Twitter from using strong encryption because it helped terrorists hide from government surveillance.

Apple’s revolutionary music product proved to be not quite that

In the case of Apple, their new music streaming service Apple Music was released this week along with an update to both iOS and iTunes.

Heralded at the Apple developer conference WWDC in June this year, Apple Music is a mash-up of the old iTunes and the Beats service it bought last year. It brings a new Internet radio station Beats 1 with recommended playlists that are based on a user’s preferences.

Whether this represents something worth paying $10 a month for instead of something like Spotify will really depend on how you listen to music. If you are someone who likes having others choose the music that you listen to, then Apple Music’s curated playlists and the ability to then explore artists and songs from that point, will appeal. If you are someone who just wants to play a specific song or album, then Apple Music will prove frustrating.

Likewise, the “global” and live radio station Beats 1, will only appeal to an audience that likes popular chart music, hip-hop and the like. It is curious that it should be heralded as global given that it is in essence, simply an Internet radio station. The live aspect may not be completely true as certain shows have already been repeated.

Whether Spotify and other music streaming services have much to worry about will take at least until the free 3 month subscription period ends and users have to decide whether to continue by actually paying. If you were a Spotify user already, it is very hard to see why you would change. What it will do however is broaden the appeal of music streaming and seal the fate of music downloads as a means of buying music.

In the UK meanwhile, the Prime Minister David Cameron has declared that the days of Google, Facebook and Twitter being able to provide their users with security and privacy are soon to be over. The argument he has put forward is based on the view that government should always be able to intercept any communication between two people. Strong encryption practices implemented by Internet companies are increasingly able to thwart, or certainly make that process more difficult for governments.

The argument could only come from a politician acting in response to a single aspect of what is a complicated and multi-faceted problem. Weakening security may make it easier for the UK Government to listen in when necessary, but it also makes it easier for hostile governments, hackers and cyber-criminals to do the same. It also continues to ignore the fact that strong encryption can’t be “undone”. Terrorists will always have the ability to communicate using their own software or other mechanisms without relying on the services that the UK Government targets.

Cameron’s position also ignores the fact that we now operate on a global scale. National borders make little sense when it comes to services that are provided outside those borders. The only way that this would actually work is for the UK to become like Iran and attempt to implement a “National Internet”. This of course also contradicts attempts by the Prime Minister to foster a burgeoning startup and tech economy in the UK.

Again, we will have to wait to see how Cameron would actually practically implement this move and what he would be prepared to sacrifice as a consequence. Leaving aside the issues of personal privacy, the potential damaging impact on the economy and the way business operates in the UK would be something the Conservative Government in the UK at least, would find too high a price to pay?