Technolog: If at first you don’t succeed, try again: Windows 10 and Google Glass 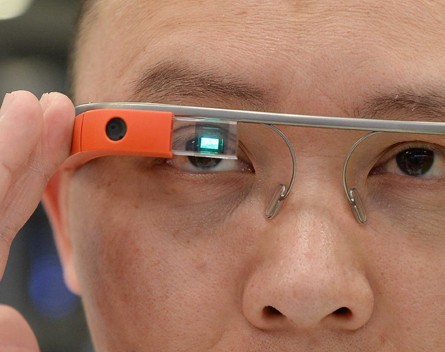 Last week some old technology reappeared, refreshed for another try at getting it right this time around.

The user interface is also a major reversal of the attempt of the previous version of windows to focus on being a mobile platform supporting touch. Now that Microsoft has all but given up on its mobile phone, and its tablet doesn’t even get mentioned in the global sales leader board, the PC is still really where it dominates. Touch screens on PCs never became a thing and so supporting the traditional keyboard and mouse/trackpad arrangement makes much more sense.

The other technology that Microsoft effectively killed off – or at least will try never in future speak its name – was its browser, Internet Explorer. Windows 10 introduces Microsoft Edge, a leaner, stripped down version of Internet Explorer. Internet Explorer has become, possibly unfairly, the most universally disliked browser by web developers. This was largely due to the fact that versions of the browser were tied to updates of Windows. Supporting Internet Explorer meant supporting potentially old and outdated versions long after other browsers like Chrome and Firefox had moved on and come to support new standards and features.

In fact, the dependency of browser to operating system led companies to become tied to a particular version of Windows because of their reliance on particular versions of Internet Explorer to run their corporate applications.

The significance of Microsoft’s move to Edge is that a range of technologies that were once the future of running software in the browser, have disappeared as well. Gone is support for Silverlight, Microsoft’s version of Flash, and a technology called ActiveX, a much earlier attempt by Microsoft to allow for sophisticated applications to be run in the browser. ActiveX, in particular, introduced security concerns and as a consequence was never really widely adopted. Their absence is unlikely to be missed.

Right now, users who have rushed to upgrade will be getting the first of many bug fixes as the inevitable problems get ironed out. For companies still on Windows 7, the familiarity of Windows 10 may make it a more tempting option to upgrade, but it is not clear that there is enough of a compelling reason to do so. In the meantime of course, the PC market continues to decline, with more users increasingly relying on mobile devices instead.

Google has apparently relaunched its Glass wearable computer, but this time aiming it at the business world and not consumers. Google is hoping that if nobody actually sees anyone wearing the devices, it will not attract the same level of “ridicule” and concerns about privacy that the original consumer version did.

The new version of Glass has a faster processor and wireless and a longer battery life. It also allows the glasses to fold up which the first version didn’t.

Whilst Google’s move may make the wearable attract less negative publicity, it is still hard to see what the particular benefit of Google Glass will ultimately be. The user interface’s limitations mean that it is not a great device to consume content from and its other function as a hands-free video streaming device would be much better handled by something that was portable and worn attached to clothing rather than a person’s face.

By limiting the market in this way, it is also hard to imagine that it will actually be much of a revenue generator for Google.