Technology as a social lifeline for kids with Asperger’s 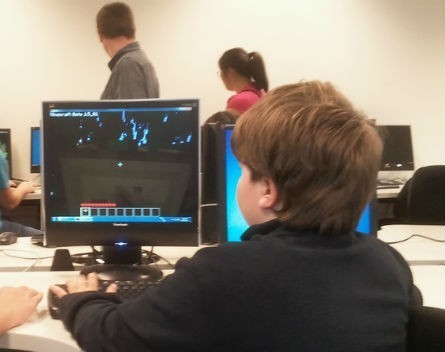 For some people, such as those on the higher-functioning end of the autism spectrum, technology can be a vehicle for personal and social growth.

Many young people with autism spectrum disorder (ASD) are drawn to computers. That’s not surprising given technology’s potential for exploring the deep, intense interests that many ASD kids have.

What is surprising, though, is how little we know about the ways in which ASD kids use technology to navigate the pitfalls of a world that, more often than not, doesn’t understand them.

Young people on the autism spectrum find it hard to navigate social norms, often with costly consequences. So there’s much to be learnt from how they use technology to foster self-worth and establish contact with others.

Many of them yearn for social connection, but find it difficult to initiate. So they seek it in settings such as online communities, where there’s less pressure to respond in ways that “neurotypical” peers find acceptable and where they’re more likely to find like-minded people with similar interests.

Through our involvement with The Lab – a network of “technology clubs” connecting school-age ASD kids with IT mentors and each other in after-school spaces – we’re beginning to see just how complex and creative ASD kids’ networked lives can be.

At The Lab, online and offline spaces are deployed in rich combinations that help young people with ASD retain control over how they are perceived, demonstrate their skills and celebrate, rather than hide, their unique qualities. We see these spaces as “differentiated” – created or appropriated by ASD kids, for ASD kids.

Lab members bring their own laptops. They decide where and with whom they sit, and the terms under which they share what they do. The setting is designed to be unlike the typical school classroom, with its rigid expectations and arrangement of space.

The differentiated space of The Lab evokes the playful, non-judgemental “third places” observed by Ray Oldenburg in the 1980s: communal hangouts like cafés and social clubs where people turn up because they feel valued for who they are and what they can bring.

An internet-era version is LAN cafés, which perform a similar function for school-age gamers, including, no doubt, many people with ASD.

At The Lab, interactions happen both in person and through technology, sometimes at the same time. This is where Homi Bhabha’s concept of the “third space” comes in.

The idea of third space can be understood in many ways, but we use it to describe a transitional state where ideas and thoughts meet to produce new knowledge. The environments created by “third places” enable “third space” states to emerge.

Third space knowledge incorporates tacit understandings about oneself and one’s relationship to others. But in everyday life, kids with ASD don’t always learn the unwritten rules because they process the world differently to neurotypicals.

It’s like asking an international visitor to understand Australian slang on her first day in the country. Over time, she may understand and even use this slang, but it doesn’t happen naturally.

There is, then, a need for forms of interaction that help young people with ASD develop the everyday social skills others take for granted, and which matter for future employment. But these settings also need to value ASD kids for who they already are, so they can see their own strengths and build on them.

So far, The Lab does seem to be making a difference to the lives of participants. Much of this seems to flow from the combination of non-judgement, social connection and skills sharing. From here, participants forge their own learning paths based on their interests.

Computer games have played a large part in this process. There’s been much debate lately on the pros and cons of games use, with claims of increased aggression and anti-social behaviour countered by other views that see games as useful tools for improving socialisation.

We’ve also seen student-led proposals for lunchtime technology groups rejected by school councils. While not dismissing issues connected with too much gaming, we do worry that some children – especially those who, like kids with ASD, don’t “fit in” – are unnecessarily missing out on unique opportunities to learn and belong.

One such child joined The Lab at age 12. Lonely and isolated at school, and obsessed with Super Mario Brothers, he quickly progressed from playing Super Mario games to programming his own. Then he learnt to make his own Super Mario music tracks, teaching himself violin in the process.

From there, he learnt animation and video making from a new Lab friend and soon created his own popular YouTube channel on how to draw Mario characters. Since then he’s expanded his interests, but his sense of competence, self-worth and agency has stayed with him.

Given the woefully low employment rate of people with autism, and the stories we continually hear about self-harm and depression by young people with ASD, we think it’s worth some schools rethinking their approach to technology usage, and considering the creation of informal social settings where ASD kids’ IT interests can be harnessed to improve their quality of life, as well as their future prospects.