Technology will play a starring role in Australia’s future story 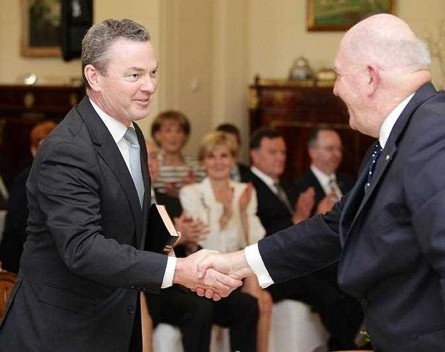 The new Turnbull government, which admirably seems to take a genuine interest in science and technology, has arrived just in time: Australia can no longer afford to not fully engage with new technologies. But which ones should it embrace? What will be their impact on our society and economy? And what can actually be done to better situate Australia?

Such questions were part of the motivation for the report published by the Australian Council of Learned Academies (ACOLA) and launched today by Professor Ian Chubb at the Australian Academy of Science in Canberra.

The report, Technology and Australia’s Future, is the result of nearly three years’ work, with input from all four learned academies. It has many findings that are worthy of discussion and which can help guide Australia’s technological future.

But behind these findings is a deeper story.

A narrative for Australia

In the preface to the report, former Chief Scientist Robin Batterham declared that “at last” this was “a narrative for Australia”.

Like all good stories, this narrative is rich and complex. It shows our dependence upon the past and how lessons learned long ago need to be learned afresh by each generation.

Many of the findings in the report are not really new, but seem to be regularly forgotten. For example, technological change has been the major driver of economic growth since the late 1950s. If Australia wants economic growth, it will not achieve this by cost-cutting. Rather, it needs to position itself in the lead technologically.

We also found many recurring concerns. For example, new technologies always bring with them a fear of job losses. Indeed, it is true that as technology changes, some old jobs become obsolete and new ones arise in their stead. But the somewhat hysterical concerns of late regarding robots taking all the jobs are not based on history, fact or logic.

We also found some recurring patterns in the factors that affect industry uptake of new technologies. Time and again there have been examples of “technological inertia”, whereby parts of society (whether capital or labor) that are heavily vested (or invested) with current technologies delay the introduction of new technologies.

Yet, when the technologies have been introduced, they have led to better outcomes for society. The lesson here is to remove the friction and inertia to enable a more agile and adaptive response.

One of the biggest surprises we encountered was the stubborn resistance to the inherent unpredictability of technology.

Some technological developments might be predictable, such as Gordon Moore’s famous “law”. But Moore’s law did not help anyone predict the rise of Uber, for example.

When looked at holistically, this lack of predictability is hardly surprising. Technology changes through a complex process of evolution. As in biology, technologies are combined in different ways. And crucially, the technologies that survive depend upon the environment, which is itself hard to predict.

The unpredictable, chaotic, evolutionary and stochastic nature of new technology should not be viewed as a threat, but as a fabulous opportunity. The report made a number of findings on how these opportunities can be seized.

For one, the creation of technology is strangely omitted from many lists of “creative industries”, but it is the source of many of mankind’s greatest creative achievements.

Conveying the innate excitement of technology creation to our children can enthuse and motivate them to embrace the opportunities that new technologies offer. There are some great examples of schools around the world embracing the aptly named “maker movement” and augmenting the traditional knowledge-centred STEM curriculum with a greater emphasis on creative skills to make new technologies. Such an early emphasis on making could help Australia enormously.

But new technologies always fail at some point. The only way humans ever build reliable technologies is to learn from the initial failures.

This ethos of the scientist and engineer can be communicated to the users and adopters of technologies. It simply requires a change of mind-set to one of explicit and controlled experimentation. That is hard to do, but, as our report shows, there are plenty of role models. The key thing is to dispel fear of failure and promote agility.

There are already signs that Malcolm Turnbull is sympathetic to many of the findings in the report. Last week, following his ascendance to the prime ministership, he said:

We have to recognise that the disruption that we see driven by technology, the volatility and change, is our friend […] if we are agile and smart enough to take advantage of it.

Australia’s story can have a much better ending, one enabled by the rich opportunities enabled by new technologies. It is up to us to choose that ending.