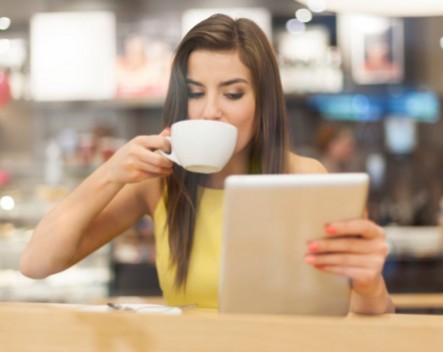 Small businesses will be able to use Telstra’s $100 million national public Wi-Fi network to provide free internet to their customers.

Telstra is asking its small business customers if they will turn their service into a Telstra Wi-Fi hotspot and to be promoted by Telstra as a destination to connect.

Alan Crouch, director of connected home at Telstra, told SmartCompany it was a great offer to small businesses such as cafes, shops and doctors surgeries.

“The whole idea is to be able to provide a place for people to connect,” says Crouch.

“When they’re out and about getting a coffee or when they’re at the doctor, they’ll see the Telstra Wi-Fi there and it gives them a chance to have multiple choices on how they connect.”

Telstra broadband customers will be able to install new gateways allowing them to share a portion of their usage quota each month in exchange for free access to the network.

Crouch says the details of commercial negotiations and costs for business haven’t yet been decided.

“We’re providing a service to people that’s going to make them want to come visit shops.”

He says the telco has had considerable interest in the Wi-Fi hotspots in the past 24 hours since it announced its new network.

“We’re asking all of Telstra’s small business customers to start this conversation with us.”

Small business owner and Telstra customer Salvatore Malatesta, the man behind Melbourne’s popular St Ali cafes, says he would welcome the Wi-Fi hotspot in his cafes.

But he says the business already spends a considerable amount on corporate phone plans and would not want to pay any extra fees for the service.

“If they want ambassadorial clients to embrace their technology and give them lots of love on social media platforms and that sort of thing, then it should be free,” says Malatesta.