That Startup Show surpasses 130,000 downloads 24 hours after launching on BitTorrent 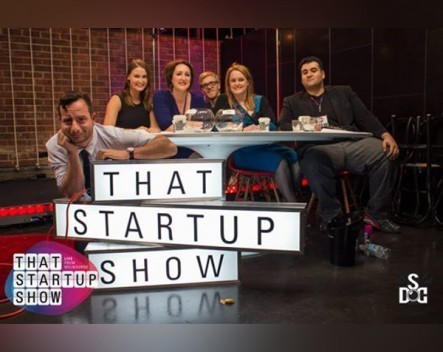 Melbourne-based web series That Startup Show has released all six episodes of its first season on BitTorrent, surpassing 130,000 downloads within 24 hours.

The show focuses on the issues facing Australian entrepreneurs and the local startup ecosystem and has caught the eye of people such as Google’s director of engineering Alan Noble and 500 Startups founder Dave McClure.

For the show’s final episode, which was filmed on Wednesday night as part of the Connect 2015 festival, stand-up comedian Simon Taylor replaced Dan Ilic as the show’s host. Ilic is now working for Al Jazeera in San Francisco as the media company’s chief satirist.

Since launching in August last year, the web series has attracted more than 200,000 viewers across Australia, the US, Europe and Asia. The show has also received a capital injection from angel investor Alan Jones and technology foundry Digital4ge.

Co-producer Sally Gatenby told StartupSmart as of this morning the show has been downloaded 133,000 times.

“It’s a wonderful testament to the desire for this type of entertainment and content but also for the particular model of the way we’ve done it,” she says.

“By going via BitTorrent we’re able to deliver it to people directly. It’s a waiting audience who are very much in this space – they’re online constantly and entrepreneurs or tech people themselves.”

More than 300 people were in the crowd for the filming of the season’s final episode, which was shot at Melbourne’s Savoy Tavern.

The episode saw Josh Young from AUUG Motion Synth win the program’s PitchDown competition – which means he will be sent to the US to pitch his startup to investors.

“We will follow the winner to the states and film them on their journey because invariably you never see what happens after people win pitch events or get funding,” Gatenby says.

“It’s great we’re having pitch events and people wining pitch events, but it would be awesome to see what people are learning. So we’re really keen to bring that insight – we’re trying to bring a little bit more experience and transparency to what it’s like to be in a startup.”

Planning for the second series of That Startup Show is underway.