The art of developing and unveiling a new tech product 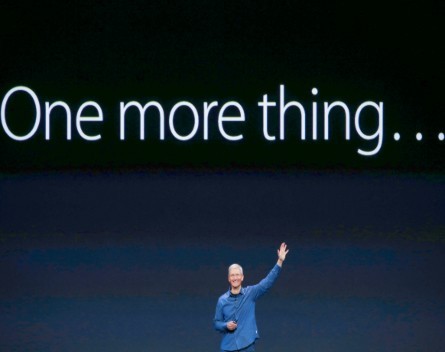 As I’ve discussed in Control Shift over the past couple of weeks, the months before Christmas are the peak season for new gadgets being unveiled. New announcements, particularly those from Apple, are nearly inescapable. But what goes on in the lead-up to these big product reveals?

For a mobile phone from the drawing board to a finished product in stores takes around 12 to 18 months. However, it can take significantly longer for new product categories, designs, or if a major rewrite of a device’s operating system is involved.

One aspect of the process a lot of people don’t fully appreciate is that developing a prototype of a product is a very different proposition to putting it into mass production.

It might be possible for a team of four or five engineers to hand-build a prototype of a device, or a small number of units. However, coming up with a design that can be produced cheaply and efficiently on a factory floor in volumes of a million units or more with a low defect rate is a whole different ball game.

Back in the early 1980s, for example, engineers at now defunct computer manufacturer Commodore figured out how to create a working touch screen for the venerable Commodore 64. Unfortunately, with technology and manufacturing techniques standing as they did back then, mass producing a touchscreen monitor was simply not financially viable.

A low defect rate is an especially important consideration when refining a design for production, because the working units need to be sold with enough margin to cover the cost of any defective units that need to be thrown away.

For example, one of the big innovations that made the 1980s home computer revolution was that a company called MOS Technologies worked out a way to significantly reduce the defect rate of its processors. This, in turn, made it possible to put these processors into a range of low-cost consumer devices, from the original Apple II to the Atari 2600, BBC Micro B and Nintendo NES, where these devices would not have been viable otherwise.

Likewise, where it might be possible to custom manufacture a mould for a prototype at a local tool shop; this is not an option for mass-produced tech devices. So each component of a device also needs to be put into mass production, before the pieces can be assembled into a finished product and shipped.

So often, a group of engineers at a company will first prototype a new design, then it will be refined ahead of a small test run of “engineering samples” where the device’s design will be refined to make it easier to manufacture, before it gets placed into full production.

Along the way, new mobile phones need to go through a rigorous process of tests from mobile phone carriers (after all, if there are issues with a phone, they want to know about it before they offer them subsidised on a plan) and government regulators. Often in multiple countries, and sometimes requiring devices to be modified as a result.

Of course, no one wants to buy a new device, only to find there is no content that runs on it. That’s why in the middle of the year, before the big tech releases, most tech companies run developer conferences where new platforms and developer kits are unveiled. They want the tools to be in the hands of developers and content in the store before it reaches consumers.

Finally, device manufacturers need to manufacture enough components and assemble them into finished devices in order to fill up their supply channel. Managing the logistics of this is a nightmare in and of itself.

Because of the length of the process, companies will often have the next iteration of a device somewhere in the pipeline even as the latest model is being released. While it all sounds so easy in theory, in practice – being technology – something goes horribly wrong.

Somewhere along this long and risk-filled process, the new device will be introduced to the public. How far that official announcement takes place carries with it both risks and opportunities for the company developing the product.

For example, during the 1980s, a company called Osborne Computer Corporation announced their next model a full year before it was introduced to the market. Understandably, consumers waited until the new, more powerful model came out rather than buying the existing model. In a chain of events known as “the Osborne effect”, its sales eventually tanked and the company filed for bankruptcy as a result.

On the other hand, an early announcement of a forthcoming product can also be used to get consumers to hold off from buying a competitor’s existing product. This is a tactic known as “fear, uncertainty and doubt” or FUD, and is precisely what Apple is attempting by announcing its smartwatch before it’s ready to hit stores, while competitors such as LG, Samsung and Motorola have already begun selling theirs.

Of course, if your company can keep a secret, another option is announcing a new product late in the process, just as it’s about to hit stores. This can mean your competitors spend 18 months scrambling on R&D while you have the market to yourself. If you ever wondered why Apple is so secretive, this is why.

Finally, “accidentally” leaking details to selected tech reporters in the lead-up to your big announcement is always a good option. This way, you can spread FUD about some aspects of your competitor’s products (for example, those persistent “Apple’s next phone will have a big screen too” rumours leading up to the iPhone 6) without an official announcement that can damage your current ones.