The big smartphone trends mobile app developers need to be aware of: Part One 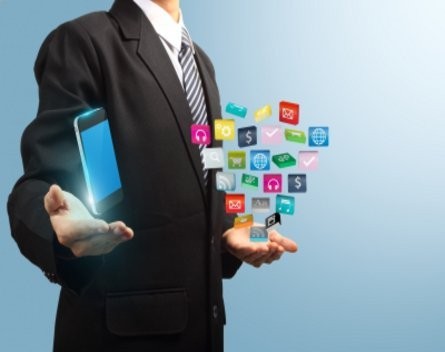 Are you looking at developing a mobile app? Or do you run a tech start-up?

Today and tomorrow, your humble correspondent is going to run through a number of important market statistics you need to be aware of.

Here are the first four of the eight key mobile phone trends your business must be aware of:

If you’re developing an app for the Australian market, and platform marketshare is a key consideration for you, Android rather than iPhone should be your first port of call.

Recent figures from Kantar Worldpanel show that in the quarter to August 2013, Android claimed 62.1% of the Australian market. That’s two out of every three smartphones.

Apple claims a little over a quarter, at 28.7%, although its share has grown slightly from 25.8% a year ago.

Windows Phone remains a distant third, although its share has grown from 3.7% to 6.5% over the past year. Meanwhile, with just 0.5% of the Australian market, BlackBerry will be in the “don’t bother” pile for most start-ups.

The figure is surprising, until you consider Australia has a smartphone penetration rate of over 65%, making it one of the highest in the world. That’s right – we’re rapidly approaching saturation.

3. In the US, Apple beats Samsung but Android dominates over iOS

Around 145 million Americans – 60.8% of subscribers – now use a smartphone. Surprisingly, that means the smartphone penetration rate in the US is slightly lower than it is in Australia.

According to recent comScore figures, Apple remains the number one smartphone manufacturer in the US with 40.7% of the market, ahead of Samsung on 24.3%.

4. The most successful app makers in the US are Facebook and Google

So what apps are people using with their mobiles? While we don’t have Australian figures, some recent US figures give us a tantalising clue.

The company with the biggest reach, including both users of its mobile websites and apps, is Google. Each month, 92.2% of all US smartphone users are using at least one of its mobile products.

Okay, so Android is strong in the US and Australia, but what about the rest of the world?

Join us tomorrow for part two of this series, when we look at some major global trends in the mobile industry.

Get it done – on mobile!