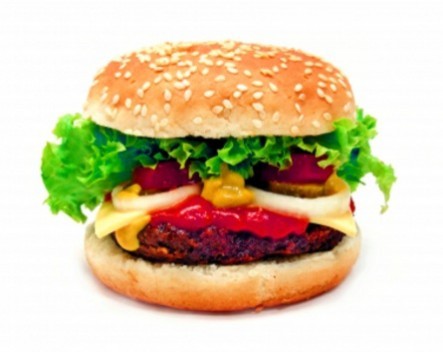 Now, as long time readers will know, your humble correspondent is no fan of paper-folding, time-wasting government bureaucrats.

Every day, an army of Kevin Rudd look-alikes and sound-alikes methodically marches to their regulation Canberra desks, sharpens their regulation pencils, indulges in hour-long morning tea breaks, shuffles various forms around their desk, waffles on about “inter-departmental specificities”, transfers honest hard-working people to another department before kicking back for a long lunch – all at the taxpayers’ expense.

It’s a hierarchy of paper recycling bins that makes sure no good, original idea will ever reach the top.

Most of the time, these bureaucrats are detained in cold, 1960s dark brown and concrete coloured Soviet-style office blocks around Canberra.

That is until their version of duck hunting season comes around. That magical time of the year when public servants justify their budgets by catching out a “bad guy” or three. That’s right kids, it’s audit time.

During audit season, the only thing worse than a bureaucrat on your doorstep is a public servant who thinks you’re being dodgy and insists that you now have to fill out the form listed in part four section 16 subsection 2 schedule B – for each year since 2005.

Some people even speculate that one of the forms of torture that could be used on detainees at Guantanamo Bay is to get the terror suspects to repeatedly fill out government forms until their heads explode from the inanity of it all. Old Taskmaster might not disagree with this view.

The Fair Work Ombudsman has begun writing to 7000 fast food businesses across Australia, explaining their award obligations. Cue the music from Jaws.

Next year, 300 fast food businesses – both in metropolitan and regional areas – will be audited as part of the crackdown.

That’s right kids, in case you were beginning to get excited about Christmas being near, if you’re in hospitality, the Canberra bureaucrats have officially announced it’s audit time. The FWO will be checking their employees are being paid the correct rates of pay, penalty rates, loading and overtime rates.

They’ll be making their lists and checking them twice. When it comes to the award, they wanna find out who’s naughty or nice.

So what should you do if you run a small suburban takeaway shop?

First, make sure you hold on to all the letters the bureaucrats send you. Every single one. Keep your paperwork meticulous. Don’t throw any official letters out. Read all their letters carefully, like your business depends on it. Because in audit season, it does.

Secondly, don’t assume that if you’ve done nothing wrong you’ve got nothing to fear.

Thirdly, read through the fast food award closely. If you don’t understand it, make sure you seek advice about what your obligations are. You can read the whole thing online here.

Finally, make sure you fully comply with the award. It’s far better to get to the bottom of any issues now than in the middle of an audit.

Get it done – with inter-departmental specificity!