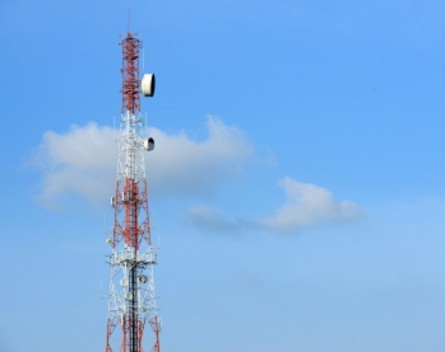 Some of the biggest carriers in Australia, Vodafone, Telstra and even Chinese manufacturer Huawei are preparing for the next generation of mobile phone network, 5G, even though 4G has only just been rolled out.

New mobile generations come around roughly every ten years and with every new generation there is a wave of marketing to spruik the benefits of more downloads and faster internet speeds. The fifth generation (5G) is due in 2020. However, if it does eventuate then, will it be all that different to 4G?

The fifth generation (5G) is still developing. The International Telecommunications Union has formed a number of focus groups to examine what it might look like. One of its markers will be an increase in the number of customers that can be serviced with the same amount of spectrum, but with improved speed. Spectrum consists of the range of electromagnetic frequencies that the carrier is licensed to use. Spectrum licenses are expensive.

Consequently one of the design goals of mobile networks is that spectrum be used as efficiently as possible.

Another characteristic that might make for a generational change is the emergence of the Internet of Things. This means more of the machines we own will be communicating using the internet. Many of us already use fitness trackers and GPS devices that synchronise wirelessly with cloud based storage.

This will extend to include many more of the things we interact with or use. So for example existing household systems and appliances such as air conditioning, security, smoke detectors, energy consumption, and vehicles might all be monitored and perhaps controlled via the internet. Networks that enable this might be the distinguishing feature of 5G.

Some of the projections for growth in these areas is extraordinary. Cisco believe there will 50 billion devices connecting to the internet by 2020 compared to the current 15 billion.

In many ways the current 3G and 4G networks are not ideal for Internet of Things. The Internet of Things is likely to consist of many devices generating small amounts of data at regular intervals. What matters in this environment will be wide network coverage, long battery life and low cost of deployment. Perhaps it is this that will drive the next generational change in mobile.

Looking back over the changes in mobile generations, it’s clear to see there has been substantial increases in capacity of the mobile network, changes in the way it works and the services it provides. There’s a lot more to changes to mobile networks than just the marketing hype.

The first generation (1G) of mobile network in Australia was the Advanced Mobile Phone System (AMPS). It was developed by Bell Labs and used analogue communications techniques which were simpler to produce but more susceptible to interference and power hungry. The original 1G phones were bulky.

However, they were designed with the assumption that they would be used mainly for phone calls rather than accessing the internet. Accessing the internet using 2G was complicated and communications speeds were slow, typically less than 10 kilobits per second.

The move to the third generation (3G) occurred following the increasing popularity of the internet in the 1990s, so 3G was built with internet communications in mind. It was designed to deal with the natural asymmetry in many internet based communications.

For example, watching a video mostly involves traffic from the server to the viewer. Very little traffic occurs in the other direction. Allocating the same capacity in both directions was a waste of valuable bandwidth.

We are now seeing the deployment of the fourth generation (4G). As well as increased speed from hundreds of kilobits per second in 3G to potentially tens of megabits per second in 4G, the main change 4G has provided is an all Internet Protocol (IP) core.

This change is not obvious to mobile phone users but it enabled carriers to reduce the number of different networks they had to manage. It also means that phone calls are treated as just another service whereas in previous generations it was the dominant or only service. This change reflects the reality that most communication across mobile networks is now data.