The GoPro video; digital paper; and prison gangs: Best of the Web 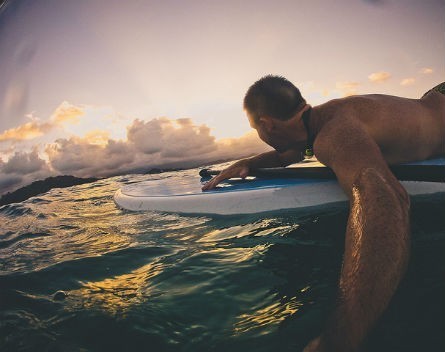 We’ve analysed the selfie to death, and now it’s time to turn our cultural attention to the phenomenon that is the GoPro video.

The tiny, robust camera invented by a California surfer is the subject of this New Yorker piece, ‘We are a camera’. And if you thought it was just about crazy action videos, you’re wrong.

“The short video synonymous with GoPro is a kind of post-literate diary, a stop on the way to a future in which everything will be filmed from every point of view,” says the article. “GoPro, like Google Glass, has the insidious effect of making the pervasiveness of cameras seem playful and benign when it may one day be anything but.”

“A lot of people would say that when it comes to reading, there’s nothing better than a printed page. It seems Amazon would agree,” says Wired.

While media consumption is moving online, it seems digital has some limitations that paper didn’t. This includes lack of glare and ease on our eyes. Amazon is doing something about it.

“Two of the company’s new mobile devices feature screen technology geared at making them look and feel more like paper, although they pull off those paper-simulating tricks in vastly different ways,” writes Tim Moynihan.

“The latest Kindle e-reader has a new screen that mimics paper’s texture and lack of glare, while the new Kindle Fire HDX tablet has sensor-driven backlight adjustments that will try to make reading easier on the eyes.”

The connection between a bar of soap and a mobile phone?

“Originally formed for self-protection, prison gangs have become the unlikely custodians of order behind bars – and of crime on the streets.” This Atlantic piece on how gangs took over prisons is a riveting and vicious story.

Interestingly, prison gangs are a relatively new phenomenon, with New York only seeing its first major prison gang in the mid-1980s.

“Once each gang has achieved a critical mass – about five men – it sends off a pair of scouts. Two of the Hispanics at the original concrete picnic table begin a long, winding stroll.”

“They’ll walk around, get within earshot of the other groups, and try to figure out what’s going down on the yard,” Acosta says. “Then they can come back to their base and say who’s going to attack who, who’s selling what.”