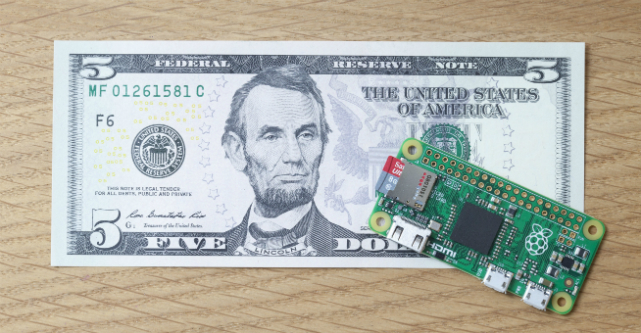 Four years after the original Raspberry Pi arrived in February 2012, the new Raspberry Pi 3 has landed, kitted out with a considerably faster, 64-bit quad-core ARM Cortex 1.2GHz processor and Wi-Fi and Bluetooth support built in.

It’s this networking support, more than the faster processor, that will make it easier to put the diminutive device to more practical use through being able to communicate with other devices.

This may make the Pi the hardware platform of choice for many Internet of Things (IoT) projects. IoT will change our approach to electrical appliances at home and work by refashioning them so that they can communicate with each other automatically.

For example, a wearable blood pressure monitor will talk to the room thermostat and radiator valve, and perhaps even contact the local GP surgery for advice. For this to work, each and every device must be equipped with network connectivity and the computing power required to run sensors and process the data. The latest Pi has brought that to market.

While a small single board computer will always be limited, the Pi has provided the means to expand this by providing general purpose input/output (GPIO) pins with which to attach daughter cards. For example the RaZberry adds Z-Wave, a wireless communication technology for smart home devices, to a Raspberry Pi.

Combining easy connectivity in a tiny package that can be easily programmed, Pi could be put to many uses.

The credit card-sized Raspberry Pi 3 at $US35 or £30 is the same price as previous generations, while the even more tiny Raspberry Pi Zero packs a powerful 1Ghz single-core CPU and 512Mb RAM into a package measuring just 65mm × 30mm, priced at an astonishing US$5 or £4. The trade-off of power for smaller size means that the Pi Zero can be put to other unusual uses, even wearable ones.

The Raspberry Pi was always intended to provide the means to teach and promote basic computer science skills in schools. Driving down costs will certainly help and the trend in miniaturisation of computers will continue. British astronaut Tim Peake is currently using a Pi to run code supplied by British school pupils on board the International Space Station.

In this respect the Pi has largely achieved its goal of becoming a platform of choice for teaching computer science in schools. It has proven popular among university students too and is used in projects from robot control to smart homes.

Other uses are as compact parallel processing power: Professor Simon Cox at the University of Southampton connected 64 Raspberry Pi boards to create a Pi-powered supercomputer with the capability of performing complex parallel computing tasks.

Think of a use and build it

Nearly 8m Raspberry Pis have been sold and are frequently found in electronics and computer laboratories. Just this year the Raspberry Pi has snatched the record of the best-selling British computer from the venerable Amstrad PCW computer.

There are rival computer boards, such as BeagleBone Black produced by Texas Instruments, the Arduino/Genuino platform marketed as open source hardware for developers, hobbyists and students interested in programming, and most recently the Micro:bit developed by the BBC for use in computer education, with more than 1m Micro:bit boards to be given away to all 11-year-olds starting secondary school across the country.

The miniaturisation of computers and the falling cost of manufacture will help to achieve the digital agenda for Europe and the rest of the word. Providing computing and internet access to all developing countries will help their economy to flourish and let everyone enjoy the benefit of the digital world.

The Raspberry Pi has the processing power and capability of achieving much more than just turning a light on and off. Even as each generation offers more power and capability, we haven’t yet realised their full potential – and there are many still unboxed Pis waiting to be put to use.

Ahmad Lotfi is a professor of computational intelligence at Nottingham Trent University.