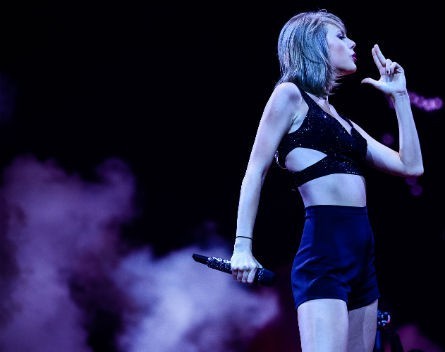 Taylor Swift has lashed out at Apple’s new streaming service, saying the company’s decision to not pay artists any royalties during the service’s three-month free trial period is unacceptable.

In an open letter published on her blog, Swift wrote that not paying artists was “shocking, disappointing, and completely unlike this historically progressive and generous company”.

“This is about the young songwriter who just got his or her first cut and thought that the royalties from that would get them out of debt,” she wrote.

“This is about the producer who works tirelessly to innovate and create, just like the innovators and creators at Apple are pioneering in their field… but will not get paid for a quarter of a year’s worth of plays on his or her songs.”

“We don’t ask you for free iPhones. Please don’t ask us to provide you with our music for no compensation.”

One quarter of apps on Android phones are tracking people’s personal information and sending it to third parties, according to research published by National ICT Australia.

The report says the top 100 paid apps in the Google Play store have, on average, 1.3 trackers on them in order to mine personal data.

The study’s author, Aruna Seneviratne, told Fairfax that many apps – particularly free ones – are designed to mine information in order to make money from advertising and analytics agencies.

“There is some element of the app trying to deceive the user, doing something more than its declared function,” he said.

“The trackers are leaking a huge range of data like contacts and your browser history to third parties so they can build a picture of you.”

Uber has banned drivers and passengers from carrying guns even if they have a firearm licence, according to Re/code.

“We seek to ensure that everyone using the Uber digital platform – both driver-partners and riders – feels safe and comfortable using the service,” the company said in an online statement.

“During a ride arranged through the Uber platform, Uber and its affiliates therefore prohibit possessing firearms of any kind in a vehicle. Any rider or driver found to have violated this prohibition may lose access to the Uber platform.”

In recent months the fast-growing startup has implemented a number of policies in order to make users feel safer, such as anonymisation of phone numbers in the US and a panic button for users in India.

However, it is still unclear whether the company has updated its driver-vetting polices in Australia in the wake of an alleged sexual assault on a 19-year-old passenger in the early hours of New Year’s Day.