The NSW election is heating up, but where are the policies for startups? 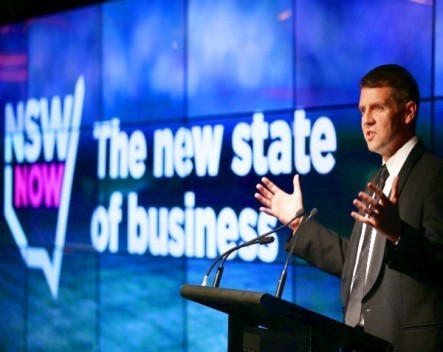 While Queensland’s state election saw both sides of politics vying for votes based on their policies for startups, people in New South Wales will head to the polls on March 28 with few commitments from the major parties.

Pete Cooper, the founder of SydStart and co-working space iCentral, told StartupSmart the lack of attention startups are receiving in the state election campaign is “quite a concern”.

“[NSW Premier] Mike Baird is clearly more savvy when it comes to startups, but I think so far we’ve really only seen the announcement of the fin tech hub, which he had the balls lined up for him – all he had to do was kick.”

Cooper says he was at the launch of fin tech hub Stone and Chalk and was impressed with Baird’s knowledge of the startup industry.

Murray Hurps, the general manager of co-working space Fishburners, told StartupSmart the only real startup-specific policies he has seen during the campaign trail have come from the independent member for Sydney, Alex Greenwich.

“At the moment the most important thing the [state] government can do is just engage directly with startups and startup hubs to be aware of the issues and what can be done,” Hurps says.

“The best example I can give is the employee share scheme changes that came in five years ago and how terrible the effect was on the startup industry… it is such a hindrance for a part of the world where it’s slightly difficult to raise funding and share options might be more important than other places.”

Hurps says he would like to see government pay more attention to property issues facing tech startups and co-working spaces.

“I’d say for the spaces that support startups the number one issue in New South Wales is space,” he says.

“In Sydney, in particular, it’s extremely hard to afford large spaces… in the places where startups are concentrated they are having huge issues finding space.”

Good education and increasing the number of technology graduates should also be a priority, according to Hurps.

“It would have more power coming from a federal level, but there are a lot of things people can do at the state level to increase STEM engagement,” he says.

Independent Sydney MP Alex Greenwich told StartupSmart if re-elected his first question in the new sitting of parliament will be to the education minister to ask when NSW will adopt a digital-focused curriculum.

“I would also like to push the state and federal governments for crowdfunding reforms to allow them [startups] to use crowdfunding so they don’t have to rely on sophisticated investors,” he says.

“And I’d like to see a good audit of how we can better use our space… particularly in the bays precinct.”

Greenwich says in the next term of parliament he would like to establish a committee on digital entrepreneurship in order for all sides of politics to hear directly from startups.

“One thing I’ve learnt is it is very important for politicians to not tell startups what they want, but to listen to startups as well.”

NSW Small Business Minister John Domenic and Labor’s spokesperson for small business, Adam Searle, had not responded to requests for comment at the time of publication.