The technology hype cycle: From disillusionment to enlightenment 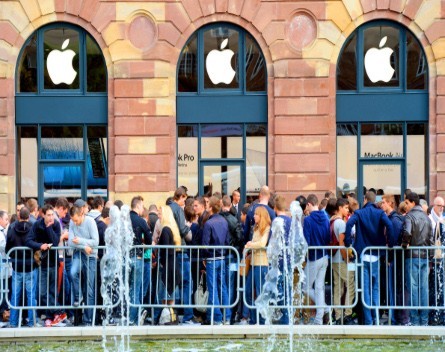 For 20 years, consulting firm Gartner have been calling the future of technology using its now iconic “Hype Cycle”.

The Hype Cycle: from hype to reality

The Hype Cycle breaks the introduction of new technologies into five phases starting with the “Technology Trigger”, the first point at which a technology comes to the attention of the press and businesses. Technologies then rapidly become oversold or hyped. This is the point at which expansive claims are made about how technology X is going to radically transform and disrupt and the early innovators push to be amongst the first to ride the wave of excitement that technology generates.

The initial hype eventually leads to a “Peak of Inflated Expectations” which is subsequently followed by the crash as it is realised that the technology isn’t going to be adopted in quite the way everyone predicted, nor is it generally as useful. This part leads to a “Trough of Disillusionment” which is accompanied by an increasing number of negative articles, project failures and lessening of interest in the technology generally.

For some technologies however, the disillusionment is followed by a gradual increase in a more realistic adoption of the technology which eventually results in a “Plateau of Productivity”.

Technologies for the next 10 years

For Gartner’s 2014 Hype Cycle, the notable technologies are speech recognition which they are claiming to be well into the productive phase. Certainly mobile phones and increasingly, wearables, have driven the adoption of voice control and interaction and it is definitely usable on a day-to-day basis.

Having said that however, Gartner also puts wearable user interfaces as having passed the peak of inlfated expectations and rapidly heading to the trough of disillusionment. Given that Google has based their interface for wearables very heavily on the use of voice, it seems odd that these two technologies would be so far apart according to Gartner.

The position of the Internet of Things at the peak of inflated expectations will also come as a disappointment to all of the companies like Cisco that are claiming that we are already well and truly in the era of billions of interconnected and independently communicating devices.

The future is lumpy

Although the Hype Cycle is a convenient way of visualising the progress of technology from invention to universal use, it over-simplifies the way progress is made in innovation. As science fiction writer William Gibson once said:

Technology innovation is never smooth and never takes a single path. There can be businesses and individuals that are using technologies to radically improve productivity at the same time as almost everyone else is failing to do the same. A good example of this is the hype around “Big Data”. Whilst everyone acknowledges that we are creating enormous amounts of data that ultimately must hold valuable information and knowledge, very few organisations are attempting, let along succeeding, in finding it. Those that are experts in Big Data are the companies that have made digitally massive infrastructure their entire existence, companies like Google, Facebook and Twitter.

Whilst Gartner has predicted that Big Data will reach the plateau of productivity within five to 10 years, it is also possible that it will never get there and that very few companies will have the skills to be able to take advantage of their amassed data.

The other issue with Gartner’s representation of the technologies that it surveys is that it doesn’t distinguish between the different categories of technologies. Those that are aimed at consumers as opposed to the business sector. Here again, we are likely to see very different paths to adoption and acceptance of those technologies with very different time frames.

What we are increasingly seeing is how technology is increasingly being used to enable a concentration of a very small number of very large companies. In turn, these companies are able to focus their resources on introducing new technologies for the public, rapidly iterating on designs until they work. Wearables from Apple, Google and companies like Samsung is a good example of this.

As always with predictions around technology, it is very hard to tell what will be the key technologies next year, let alone in five to10 years time. Given that the Hype Cycle has been with us for 20 years however, my prediction is that it will still be here for the next 20.