There’s fans for everything online – including CW McCall 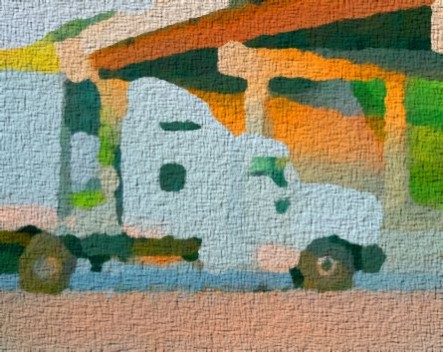 Last time, Old Taskmaster discussed why it might be better to build a loyal audience than to go for a big viral hit when it comes to content marketing.

In a list of one-hit wonders, your humble correspondent listed down a musician named CW McCall, who is best known for his 1975 smash Convoy.

In Australia, according to Wikipedia, McCall only managed two other minor hits – There Won’t Be No Country Music (There Won’t Be No Rock ‘n’ Roll) reached #77 on the charts, while Roses for Mama got to 74. (And as we all know, this is from Wikipedia so it must be true – or else I’m editing it!)

That being said, before a convoy of truckers haulin’ logs make their way up to the small town of Parts Unknown, followed by 11 long-haired friends of Jesus in a chartreuse microbus, it’s time to give McCall his due.

For while McCall was a bit of a novelty down under, he apparently did manage to chalk up a string of hits on the country music chart in the US, including Black Bear Road, Four Wheel Cowboy, Round the World with the Rubber Duck and Old Home Filler-Up an’ Keep On-a-Truckin’ Cafe among many others.

So your humble correspondent stands corrected. Although McCall could probably be called a one-hit wonder if you just went by the Australian charts (one major hit anyway), the same can’t be said for the States.

It’s a timely reminder that, on the internet, there are communities of fans for almost anything – including CW McCall.

If you’re thinking about launching a new business, it might be worth tracking a few down and engaging with some grassroots online communities that are relevant to your business. While you shouldn’t spam or put the hard sell on in these communities, they might be the start you’re looking for in terms of building an audience for your content.