This is Spartan! But is it the end for Microsoft’s Internet Explorer? 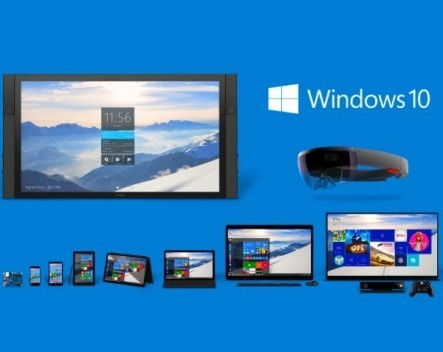 Love it or hate it, Internet Explorer (IE) has been Microsoft’s window on the web for almost 20 years. In the rapidly evolving online world this is a ripe old age, and now Microsoft has decided it is time for IE to hand over the baton.

Starting with Windows 10, due for release in the northern summer, a new browser codenamed Project Spartan will appear on desktops.

While the end of IE’s reign is welcome news for some (especially web designers), it is perhaps a little soon for them to start rejoicing just yet.

So where did this troublesome piece of software come from and why – despite its wide use – does it cause so much angst?

The rise of Internet Explorer

IE’s popularity grew through the 1990s and saw it rise to be the most popular browser in 2002, where estimates placed its market share at somewhere around 95%.

Microsoft was able to achieve this remarkable feat by leveraging its domination of the operating system market, so IE was installed as the default browser in all Windows PCs. The main rivals browser at time were Netscape and AOL Explorer.

While using Windows to build IE share was a clever strategy, it was a little too clever for some.

In 1998 the US government used IE’s integration with Windows as an example of Microsoft’s anti-competitive behaviour.

In 2007 the European Union forced Microsoft to give EU users a choice of browser when they installed Windows, eventually fining Microsoft €561 million (around A$785 million) for failing to comply with their ruling.

The bane of web designers

Despite its success IE has long been a pet hate of many web designers because traditionally it has had poor support for web standards.

Web standards describe how a browser should interpret and display web pages, and are defined by an international body called the World Wide Web Consortium (W3C).

Browser manufacturers implement these standards to varying degrees. Firefox, Chrome and Safari all follow the standards reasonably well, but IE is infamous for only partially following standards, or simply departing from them altogether.

For web designers, this creates a serious issue, because web pages need to be designed so they work consistently across all browsers.

It’s not uncommon for web designers to have to design for a number of different possible browser configurations – most of them due to variations in the way IE interprets web pages. This is both time consuming and expensive.

Not surprisingly, this has not endeared IE to web developers. One web developer has created a page that monitors usage of older IE browsers, counting down their usage until designers can stop developing content for them.

Even Microsoft has acknowledged the browser’s tarnished image, advertising its IE9 browser in 2012 with the catch-phrase “the browser you loved to hate”.

The advertisement, featuring a reformed IE hater, only encouraged a predictable slew of parody videos.

Despite its less than stellar reputation, successive versions of IE have become more standards compliant.

Since IE9 in 2012, the browser has been largely standards compliant. The current version of IE, version 11, is comparable to the other major browsers in terms of support for web standards.

While the announcement of the demise of IE has been exaggerated, Microsoft’s decision to move to a new browser has raised some eyebrows.

Part of the reason for the change in direction is likely that IE has been losing market share to other browsers since 2002, dropping to around 16.1% in March this year according to one survey. The most popular browser is Google’s Chrome with 43.9% share of the market.

But the role of the web browser is also changing. In many organisations the browser is the primary interface into corporate applications and has become a kind of de facto operating system.

If you have ever accessed your email through a web browser before, or played an on-line game, then you’re already familiar with the idea that the web can be a platform for running applications.

Everything from learning systems in schools and universities to corporate intranets, human resources systems and remote access now relies upon the browser.

As organisations have developed these information technology (IT) systems, they have become dependent upon the browsers that run them.

Redevelopment of large IT systems to support new versions of browsers is expensive and not very cost effective, so many companies (including government departments) still use older versions of Windows and IE.

This creates a real problem for Microsoft, which needs to continue to support its corporate users’ “legacy” systems, but also needs to remain competitive with features in competing browsers.

The rise of Spartan

Project Spartan, the Windows 10 replacement for IE, gives Microsoft the opportunity to start with a clean slate. Although it won’t be fully available until the release of Windows 10, Microsoft has recently released a preview of its new browser to developers via its Windows Insider program.

Features of the new browser include integration with Cortana (Microsoft’s new digital agent software), “distraction-free reading” mode and a mode called Web Note where you can annotate a web page and let friends see your notes.

Perhaps most significantly, though, Microsoft announced recently that Spartan will not support sites or applications that were designed for earlier versions of IE.

Instead, Microsoft will continue to provide the current version of IE in Windows 10 to support those “legacy” sites.

This last point means that home users will likely switch to Spartan (as it will be the default option), but most corporate environments will still need to make IE the primary browser to support their IT systems.

This in turn means that website developers will still need to consider IE as a design option for the foreseeable future.