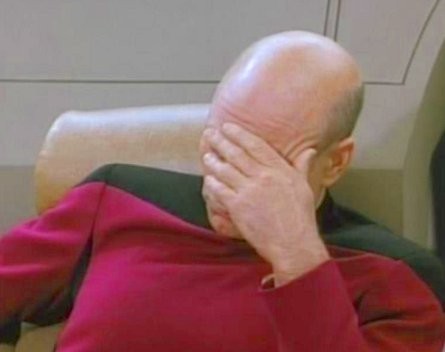 “My idea is revolutionary! It’s a world first!” the would-be entrepreneur says.

Instantly, Old Taskmaster was both intrigued – and alarmed. Sure, sometimes the person spruiking a ‘world first’ has a name like Ada Lovelace, Steve Wozniak, Sergei Brin, Sophie Wilson, Jay Miner or Bill Gates.

Far more often, there’s either a good reason why no one has tried the world first, or alternatively, far from being a world first, it’s just another mobile messaging or e-commerce app.

“Here’s how it works: The customer picks a pizza and pays using the mobile app.

“In a warehouse, I’ll set up a fully automated pizza production line. As the customer order comes in, flour, water, tomato paste, ham and other toppings go in, and fully baked pizzas come out the other end.

“Those pizzas are picked up by drones, which fly the pizzas straight to the front door of the customer – with the customer getting a notification on the app as the pizza arrives.

“Here’s the best part: You can put the warehouse in a run-down industrial backlot rather than a premium retail shopping strip. You only need three staff – a cleaner, an engineer, and a truck driver to pick up and deliver the raw ingredients. No cooks, no kids on counter, no delivery drivers.

“And because the drones fly as the crows fly, instead of by following the road network, you could potentially cover a whole metro area like Melbourne within 30 minutes’ drone flight of our six warehouses!”

Your humble correspondent complimented the idea, but asked whether they had a prototype pizza production line ready.

What about a drone?

A soldering iron, a fistful of capacitors or other components you might need to build this?

What about the software? Do you have the app ready? Or a prototype? Or do you know about Android’s Dalvik or Apple’s Objective C?

“Nope. Instead, I focused on the thing that matters the most: The end user experience. Why, I already spent over a quarter of a million dollars hiring designers to create a mock-up of what my app will look like!”

So, do you want a slice of the action?

Focus on a working prototype, rather than on hiring designers!