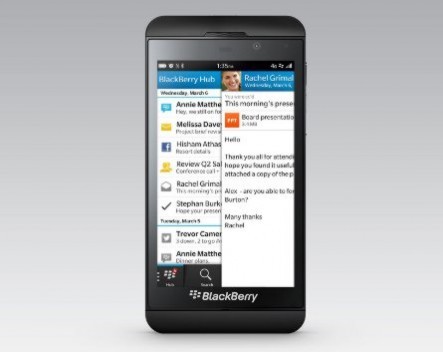 A higher percentage of Australians have smartphones than users in the United States and Britain, and are now using them more than ever, with 68% using their phones to research products and services, new research from Google has revealed.

The surprising research findings paint Australians as more tech-savvy than even some experts have anticipated. But it is also a warning for why retailers need to be more focused on “omni-channel” retailing than ever before.

The study, which surveyed 1000 adult Australians, shows 65% own a smartphone, which is nine percentage points ahead of the United States, and also ahead of Britain, France or Germany.

But this is the kicker – 68% said they research a product or service from their device. Of those, two-thirds said they made a purchase on their phones, up from 28% last year, while 41% said they completed the purchase on a desktop, and 39% said they did so in-person.

The finding is a huge boost for omni-channel retailers, who say businesses need to design their experience around a holistic approach, connecting both online and offline channels.

Jim Stewart, chief executive of StewArt Media, says the figures are surprising – and reinforce the argument your mobile strategy needs to be given more attention than ever.

“If you’re doing e-commerce, you need to have a design where someone is able to buy something from you,” he says. “You can’t do that unless people know what they’re clicking on.”

David Gordon, partner at Advantage Advisors, says businesses need to start thinking about how these mobile sites can then “push” people into the bricks-and-mortar environment.

“These strategies need to be a combination of online selling and online information,” he says.

“The risk is that by giving too much information you can then send the customer to another store.

Of course, there was plenty of other research on Australian smartphone usage. Here are five of the biggest trends from Google’s findings, and a quick lesson on each:

The Google study found nine out of 10 smartphone owners have searched for local information, and more importantly, eight out of 10 have taken action as a result.

This is a huge figure. It shows users are searching for businesses in their local areas, which makes it all the more important to buy Google keywords for the suburbs you service.

Jim Stewart says this not only has massive ramifications for how you design your site, (they should be easily accessible and designed for a mobile screen), but that they should also be fast.

“Google made an update about six weeks ago, and it is rewarding sites for mobile searches that are faster,” he says. The result is simple – the leaner your site, the faster it will load, and the higher in Google’s results it will rank.

One in four Australians, according to the study, search for local information on a daily basis. If you haven’t bought up local keywords, now is the time.

One in three Australian smartphone owners said they would give up television before their phones, but they still love multiple screens.

In fact, half of smartphone owners regularly use their phones while watching television, and 40% do so while on a desktop computer.

Not only does this reinforce why businesses need to create unified branding strategies across all devices, it also represents key opportunities for campaigns which play off that multiple device usage trend.

“We used to tell marketers to go mobile, but it’s clear that’s no longer enough. Aussies are master multi-taskers, and businesses need to start creating campaigns that work across all screens: desktop, tablet, mobile and TV,” Jason Pellegrino, head of mobile sales at Google, said in a statement.

Smartphone shopping isn’t just for quick and easy items. The Google research found 51% have used them to search for restaurants, bars or pubs, and 47% have conducted travel-related searches. And 34% have used phones to search for houses.

The message is clear – people will buy anything on a smartphone. So be sure to offer them the choice.