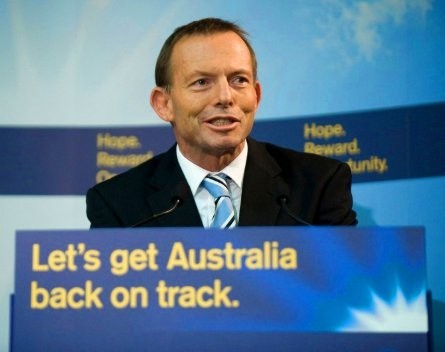 The Coalition will scrap the instant asset tax write-off as well as cancelling the loss carry-back provisions if elected to government.

This comes as part of $31.6 billion in savings announced by shadow treasurer Joe Hockey shortly before 11am this morning.

The instant asset tax write-off was increased, while the loss carry-back measures were introduced, by the Gillard government to sweeten the carbon and mining taxes.

The loss carry-back scheme was introduced in the 2012 budget and allows around 110,000 small businesses to “carry back” losses to offset past profits, giving them a tax refund.

The rise in the instant asset write-off, from $5000 to $6500 allows small businesses to instantly write off assets worth less than $6500 against their profits, reducing their tax bill immediately instead of over three years, as had previously been the case (and will be the case once more under the Coalition).

The scrapping of the measures is sure to anger small business groups.

“We’d really urge the Coalition to reconsider this,” he said. “They’re both very important to small businesses. And they were adopted for good reason.

“The loss carry-back measure was something introduced to bring us into line with other countries, like the United Kingdom.

“The instant asset write-off increase was a recommendation in the Henry Tax Review. So we’d call for its retention.”

In his press conference, Hockey also said the Coalition will accept the savings announced by the government in its updated economic statement just before the election, with the exception of the changes to the fringe benefits tax.

“We don’t like a number of them but we have to do it to be prudent,” he said.

In addition to these two policies, the Coalition also released costings around its paid parental leave scheme which show it will actually leave the budget $1.1 billion better off.

Altogether, these savings will mean the paid parental leave scheme and the savings associated with it will leave the budget $1.1 billion better off over the forward estimates, according to the Parliamentary Budget Office.