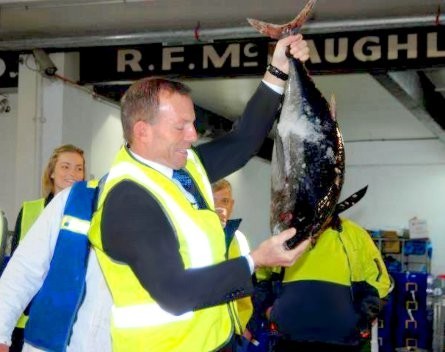 Tony Abbott could be replaced as Prime Minister of Australia on Tuesday, following a decision by Western Australian backbencher Luke Simpkins to call a leadership spill.

Simpkins emailed his colleagues in the Liberal Party today, advising them he has submitted his spill motion to the chief government whip, Philip Ruddock. The motion has been seconded by fellow backbencher Don Randall.

Simpkins says in the email, republished by Fairfax, the spill will give the Liberal Party “an opportunity to either endorse the Prime Minister or to seek a new direction”.

Email from Luke Simpkins to colleagues calling on a spill. #libspill pic.twitter.com/H7eA80ioEU

Simpkins said his electorate office has been “inundated with emails and walk ins” over the past two weeks from people “questioning the direction the government is being led in” and the Prime Minister’s decision to award a knighthood to Prince Phillip “was for many the final proof of a disconnection with the people”.

“As I have said in the past, I have no front bench ambitions. I just want to make sure that the economic vandals do not get back into power and our children and grandchildren are not left to pay Labor’s bill,” Simpkins said.

“I do this because I believe it is in the best interests of the people of our country”.

Fairfax reports no candidates have signalled their intentions to run against Tony Abbott.

Pressure has been mounting on the Prime Minister this week, following a disastrious election result for the Coalition in Queensland last Saturday and Abbott’s decision to dump his signature paid parental leave scheme on Monday.