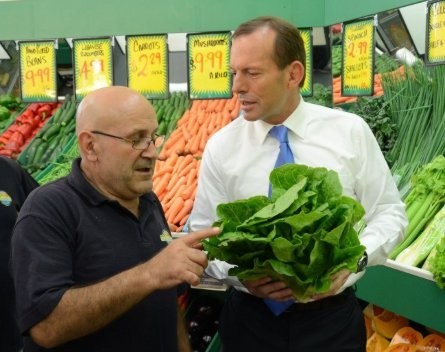 There was plenty of news and activity affecting Australia’s start-ups over the past 12 months, as the sector absorbed political strife in the Labor Party, an election that saw the return of the Coalition and attempts by Apple to trademark “startup”.

It was also an interesting year for work trends, with the rise of online outsourcing and the expansion of co-working spaces around the country.

As dull as it might sound, tax policy was also on the radar of readers, especially consultation around potential changes to employee share schemes, which could have a significant impact on the way start-ups can remunerate early staff and attract the best talent.

The election voters had long been waiting for to toss the Labor Party out of office finally arrived on September 7. There was plenty of interest in what the major parties would offer the start-up sector and small business. But ultimately, it was what the Coalition was offering that won over voters, although for start-ups, the impact was initially unclear.

But before the election, readers were also entranced by the internal warring in the Labor Party, with the attempt to topple Julia Gillard that never was in March before Kevin Rudd finally secured the numbers to return as prime minister – albeit for a short time to “save the furniture” and soften the electoral drubbing the party suffered.

Employee share schemes and how the rules around them might be changed to support start-ups was a major issue that generated plenty of discussion during the year. That discussion is likely to continue into 2014 as the Coalition government, which in opposition had said it would consider making changes, awaits the results of a consultation process.

Debate over the $1000 threshold on when the GST should apply on goods bought online from overseas retailers also arose, as Australians continued to embrace internet shopping. Questions have been raised whether lowering the threshold would do anything to influence the behaviour of shoppers.

Australia’s fiscal position changed throughout the year, with promises that the budget would return to surplus giving way to huge deficits. What this year’s budget meant for new and small businesses drew readers’ attention, but with the change in government and the warnings of budget cuts to come, it’s unclear how the small business sector will fare in the coming years.

Freelancing, outsourcing, job matching and share work spaces all featured prominently throughout the year, reflecting the changing nature of work.

Websites connecting freelancers to jobs around the world became more prominent, especially with the successful sharemarket listing of Australian-based Freelancer.com.

As their popularity rises, the need to stand out from the crowd also becomes more important, making ‘tips’ stories on how to do just that popular.

Sharing workspaces with others away from home or out of a corporate office environment also became popular, with like-minded people coming together to work and share ideas.

Apple – Apple’s application to IP Australia to trademark “startup” sparked a storm of angry comments on StartupSmart. The application has had an adverse finding against it but the case could return after Apple was allowed to defer acceptance of the report.

Investment funding – Artesian Ventures announced a $100 million fund to invest in other investment funds with the aim of investing in 1000 start-ups.

MailChimp blocked – Numerous businesses use MailChimp to deliver material to the email inboxes of their subscribers. So there was plenty of concern when it emerged the service was having problems delivering to certain domain names. The issue has since been rectified.