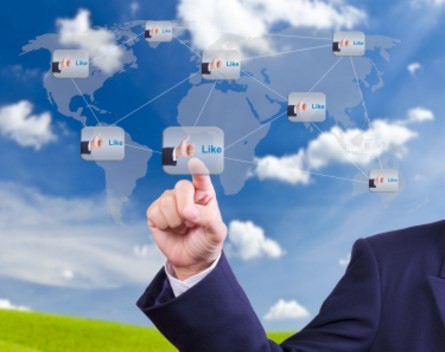 Hawkins has worked with start-ups through to household brands such as Lite ‘n’ Easy and Wendy’s but says you don’t need big budgets to make a big difference to your bottom line.

While he says Facebook advertising and community management is best suited to consumer-focused start-ups rather than business-to-business start-ups, Hawkins says a small cash injection into creating a strong Facebook core network is worth the investment.

He shared his top three tips for creating a social media community with StartupSmart.

Build a base and keep them connected

For start-ups who are new to social media, or have been neglecting their followers and need to bring fresh energy into the community, Hawkins recommends investing some of the $500 set aside to invest in paid likes.

“You have to have a base to do anything effective. You need to start with your own friends and family and extended network as social media relies on your first level of reach to build to the next level of their friends, and then their friends, but investing in some paid likes can be a breakthrough,” Hawkins says.

Once you’ve begun to develop a base, or re-energise an abandoned one, Hawkins says the key to developing engagement is regular updates.

“Number one tip is keep posts rolling. This can be difficult for a start-up or small business, but the businesses that seem to have the most success on Facebook are ritualistic about their posting. It’ll be daily or weekly,” Hawkins says.

Hawkins says the best investment start-ups can make in their Facebook strategy is in promoting well-crafted, general posts beyond their own network of followers.

“If you promote a good post that’s going to engage people, you’ll get likes as well. And then they’re in your network to convert into customers,” Hawkins says.

He adds start-ups can often over-invest in promoting a few posts, rather than being strategic and testing a range of posts first to see what works.

“Invest $30 in a couple of posts to see what works for your page first. Promote the very general, non-sales orientated posts such as thought leadership posts for example,” Hawkins says.

He adds the best posts are a mix of imagery with a strong authentic message, with a touch of quirkiness.

“Engagement comes from the edge you give it: ask for opinions or take a different angle to everyone else to get more engagement,” Hawkins says.

How to convert followers to customers

Direct selling on Facebook can be hard, and often doesn’t work. Hawkins says founders should instead focus on developing relationships and then building bridges to your core site so people interact with your sales copy and site.

“Engage, engage and then plant the seed for a sale either with a small offer. The advertising landscape is crowded that placing a product on Facebook probably won’t make the sale. But coupon codes and small offers for your Facebook community can, as it taps into the relationship you’ve been investing in,” Hawkins says.

Only 10% of your posts should be about sales, or directly about your offering, and start-ups need to recognise Facebook sales can take six months to a year.

“You’ve to think beyond the start-up phase, and focus on what builds value in your business, and that’s your database,” Hawkins says. “If you don’t have a list of customers that are raving fans of your business, you’re nowhere. And Facebook is one of the best channels to build that network.”