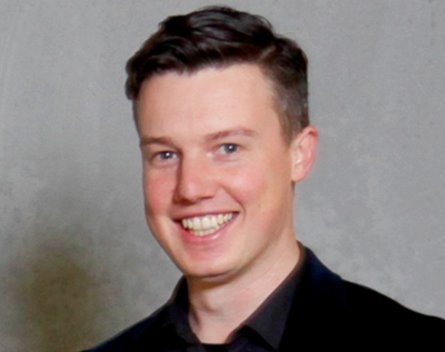 Tweaky.com, an online marketplace of web developers for small businesses, has announced it is looking for its first ever engineering staff members.

With offices in Melbourne and Silicon Valley, chief executive and co-founder Ned Dwyer told StartupSmart recruiting web engineers was important to free up more of co-founder and chief technology officer PJ Murray’s time as the company continued to grow.

“Up until now, the development has been done by PJ, which is pretty amazing given we’re at 17 people, that one person has built what is quite a complex system,” Dwyer says. “So we need someone to come in and take ownership in developing our site moving forwards.”

Tweaky currently has 250 jobs in the marketplace and over 180 active developers in the community.

Dwyer says its commitment to employing the best people possible, regardless of location, has been easier as the company has taken on staff relatively slowly.

“It’s been something where people have come on gradually, we get to adjust to one or two people and we’re putting in place processes to make that easier,” Dwyer says.

“One of the challenges of having a remote team is the people who aren’t in the main team can feel like second-class citizens, but everyone has input and are listened to,” Dwyer says, adding that having two head offices and a daily, whole-team, email catch-up keeps everyone in the loop.

Dwyer says Tweaky will continue to hire new staff in the coming months, as revenue grows 25% month-on-month. It will also be a seeking a new founder’s apprentice in September.

“We plan to continue this growth at least until the end of the year, and have a period of consolidation at some point,” Dwyer says. “We’re cashflow positive and growing, so our options are limitless.”

Tweaky achieved profitability in April this year. Dwyer says it had always planned to become financially sustainable as soon as possible but it was incredible to do it so quickly.

“There are many start-ups out there that have the ‘build it and they’ll come’ attitude. So many focus on getting users rather than revenue, and think they’ll monetise later, like Twitter and Facebook,” Dwyer says. “But we wanted to focus on our customers from day one and be recognised for our value by making revenue.”

Dwyer adds that an unusual pact he made with Murray helped spur them on.

“We actually made a pact, a vow that we wouldn’t drink any alcohol until we got profitable. We thought it would only take us three months, but still pretty incredible to get there in three times that.”

Tweaky is setting setting up offices in Buenos Aires in Argentina and Lisbon in Portugal. Dwyer is confident they can manage four offices, adding that compliance regulations are not as significant in Portugal and Argentina as they are in Australia.

“The US and Australia are a bit of a burden. But those other two countries, the governments are very pro-business, especially about private investment, so it’s been pretty straight-forward,” Dwyer says.