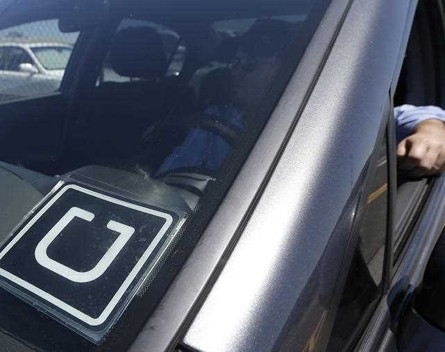 A Melbourne court has found an Uber driver guilty of operating a hire car without a commercial licence or registration, effectively making the ridesharing platform illegal in Victoria.

The decision came on the same day Uber announced it was seeking to raise as much as $US2.1 billion in a new financing round that would place a valuation of $US62.5 billion on the company.

Brenner was fined $900 without conviction. The offence carries a potential fine of $24,000.

The hearing is the first of 11 similar cases involving drivers from Melbourne and Geelong who face similar charges after being nabbed in a taxi industry sting last year.

The taxi industry claims Uber cars have an unfair advantage over cabs and Taxi Services Commission chairman (TSC) Graeme Samuel told The Age he was pleased with the decision.

“Today’s decision vindicates the actions taken by the TSC to enforce the law as it currently stands,” he said.

It is not certain what will be the immediate consequences of the finding will be for Uber.

The company had been campaigning for the Labor Victorian government to follow their ACT counterparts and legalise their service throughout the state.