Unfazed by court cases, downloaders continue, but turn to hiding their tracks 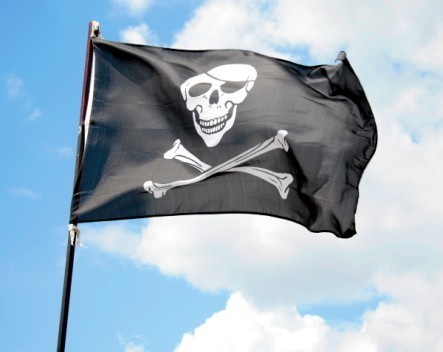 The assault on illegal downloaders by the movie industry last week was put forward as a form of making a highly visible example of a few individuals in an attempt to change public behaviour. Sadly for the likes of Voltage Pictures, it doesn’t seem to have worked.

Four episodes of the fifth season of Game of Thrones were leaked onto the Internet and have been downloaded millions of times. Countries in which downloaders have previously been targeted by Voltage Pictures, and others, were in the top 10 of downloading countries, namely, the US, Canada, and Australia.

At the same time, the top 10 most downloaded movies this week featured Furious 7 at number 1. That film has made a $610 million in profit so far. If illegal downloading is making a dent in the sales of this movie, it would be hard to tell.

What has happened as a result of the Dallas Buyers Club LLC court action against ISPs in Australia has been a substantial increase in the use of VPN technology in Australia to hide the user’s IP address that could identify them in any future legal action.

This is exceptionally good news for the VPN providers and not so good news for people wanting to target downloaders, or indeed for the Government.

In a recent survey, 16% of Australians surveyed had used a VPN to protect their privacy. This would have increased significantly after that point as one VPN provider, TorGuard showed a large spike in usage from Australia immediately after the Dallas Buyers Club LLC court case judgement was announced.

Using a VPN protects users who are downloading because their Internet address appears as if it belongs to a service in another country. A movie company wanting to track down the owner of the IP address would find the VPN company. VPN companies have so far resisted giving up customer names and limit the time that they keep access logs for. Any content owner seeking information from a VPN provider would have to go through a significant number of hurdles to get access to the person using the service. Finally, the VPN company is likely to be based in a different country to the servers that are being used and even to the customer themselves, creating further legal hurdles.

The use of VPN software has a couple of other benefits for the consumer. Most of the VPN providers will allow their customers the ability to choose which country they connect with. This means that a vpn user can get around “geo-blocking that prevents non-US users from accessing services like HBO Now and the US Netflix.

Theoretically, Australians would have been able to sign up for a free trial month of HBO Now through Apple iTunes and watch Game of Thrones relatively easily. The other side effect of the increased use in VPN technology is that its use makes the Australian Government’s data retention bill less useful as the only bit of metadata the ISP will see is that a VPN connection was made to a provider. Everything that happens after that point will be hidden from the ISP.

It could be argued that this is actually a relatively good thing from an individual’s privacy perspective and may actually make people more aware generally of security issues on the Internet.

From the ISP’s perspective, the use of VPNs by their customers is not necessarily a bad thing because it would reduce the information that they are required to keep and reduce the chance that they will be dragged to court each time a copyright owner wants to pursue infringers.

The response by downloaders to move behind the protection of VPNs was a reasonably predictable response and it seemed at best, naive of companies to believe, that when faced with millions of downloaders, sending letters to even several thousand people would have any effect on the behaviour of the group as a whole. The other mistake that people have made is to treat downloaders as a homogeneous group. There are a range of reasons why people download and these different motivations will come with different levels of determination to carry on despite the risks.