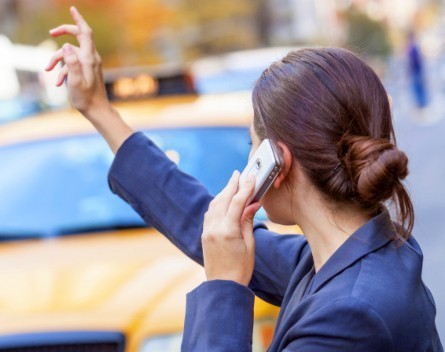 Victorian Taxi Services Commissioner Graeme Samuel has welcomed as a “significant step forward” ride-sharing app Uber’s decision to engage with the regulator in a “constructive” manner over legislative and regulatory questions over its services.

Samuel told The Mandarin that while the company until recently had been taking “a really strange approach” by refusing to enter into dialogue with the Taxi Services Commission, the Victorian taxi industry regulator, it appeared that Uber “is now wanting to deal with the issues in a positive manner”.

He said that the commission was “taking a very pro-competitive approach” to ride-sharing apps like Uber, ingogo, and GoCatch: “We should be doing everything we can to facilitate competition. The more competition we can provide, the better off customers will be.”

Ride-sharing apps have proven highly contentious around the world. Uber has been banned in several municipal areas, and Germany recently becoming the first country to outlaw the UberPop service, which connects passengers with drivers without professional licenses. The San Francisco-based company allows users to request taxi-like services from their smartphones, and is present in roughly 150 cities around the world.

Several Australian states have issued fines to Uber drivers. New South Wales Liberal politicians Dominic Perrottet and Gladys Berejiklian have argued that apps like Uber can help increase competition. The West Australian Liberal state conference recently voted in favour of removing regulatory and legislative hurdles, while federal Labor MP Andrew Leigh has argued that “instead of reflexively seeking to inhibit these new services, we should be engaging in an open-minded discussion about the economic and social contribution they can make.”

There nonetheless remain some serious issues surrounding such services. In Victoria, the driver of a commercial passenger vehicle must be accredited with the Taxi Services Commission, “primarily so we can check drivers against police records” according to Samuel.

“Our focus is on safety and security”, he says, adding that if an Uber vehicle is not properly registered, it is “almost certainly not insured”.

There is also the problem that the licence fee for a commercial passenger hire vehicle is fixed at $40,000 on the statute books. Samuel says he is open to discussing how this issue can be dealt with, highlighting the importance of cooperation between the regulator and companies.

Asked whether he thinks the Victorian government should look at legislative change, Samuel stated that he hopes after the upcoming Victorian election “there may be a view to review and reform this”.

He believes Victoria “is way out ahead in terms of wanting to facilitate competition”, thanks to the reforms undertaken following the state’s Taxi Industry Inquiry, which included a dramatic reduction in licence pricing to lower barriers to entry.

Allan Fels, the former Australian Competition and Consumer Commission chief who headed the inquiry, says “it would be a good start if the other states followed Victoria.”

Fels also emphasised the need to get the balance right between encouraging competition and ensuring consumer safety:

“There is an important need to protect the safety of passengers and drivers, and whilst Uber and other newcomers have massive commercial incentives to address safety themselves, strong safety regulation is still a requirement.

“Uber and the other new entrants have the potential to revolutionise and greatly expand the scope of the industry, just as telecoms deregulation has hugely expanded that industry. Accordingly, the legislation and accompanying regulation needs to recognise the huge untapped potential of the industry to provide more and better and innovative services.

“Uber now operates in 40 countries and many more cities, and it’s only a matter of time before it and other new starters have a massive effect on the industry.”

Uber said in a statement: “We are pleased to be working with Graeme Samuel and the Victorian Taxi Services Commission. Our conversations in other states continue to progress.”

This story originally appeared on The Mandarin..