Virtual staff: Getting bang for your buck 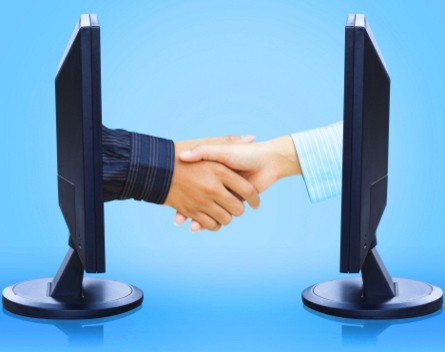 Growing numbers of Australian businesses are either allowing staff to work from home, or hiring workers located overseas to save costs.

But how can you be sure you’re getting real bang for your buck when they’re not sitting in an office beside you? Here are six ways to be sure virtual staff output is up to scratch.

Pay your virtual worker by the project for an outcome, rather than by the hour.

Luke Chapman of hire car comparison site Vroomvroomvroom.com.au uses time tracking software Time Doctor, which gets the user to log the task they’re working on and tracks the websites and apps they’re using. It also takes screenshots every six minutes.

“The user can delete their screenshots, but that time is then taken away from the total time worked,” Chapman says.

Melbourne city manager for outsourcing platform Elance, David Hobson, says when hiring a graphic designer, agree on the outcome, deadline and project cost. Then, how long they spend on it is up to them.

Utilising Skye and Google Hangouts is a great way to communicate with virtual workers, he adds.

“I do project costs for most things, as it’s a very powerful accountability tool. I prefer to pay people well and reward them, rather than using bonuses, as they may come to expect it.”

Using platforms like Elance and Odesk also works well as they are very accountable to the agreement because people are concerned about the feedback left by those that hire them, he says.

Make sure there can be measurable outcomes with hard numbers so there’s no dispute whether or not the work is done, and whether it’s done well, he says.

“We pay our virtual staff by the hour, but we have a KPI for everyone to meet, which we can then compare to virtual staff doing the same task to judge performance.

“And if you’re trying to hire one virtual staff member instead of a team, then you should at least know the usual amount of work a productive staff would do in an office so you can compare this.”

But sometimes, it just doesn’t work out, he says.

“Working from home requires a lot of discipline and many of those who didn’t work out performed well at first, but their performance slowly deteriorated from there. We can see they log in less frequently, for example.”

Spend 15 minutes at the end of every day to look at the report sheet that virtual staff fill out, he adds.

“Having a short review cycle allows you to catch problems early and fix it early. If you review it weekly, a whole week worth of work might be lost before you catch it.”

Nicole Williams of management advisory business, BRS recommends fixing the price when hiring freelancers, so you know exactly what you’re up for.

“You really need to be outcomes focused when working with freelancers. But it’s important to highlight that, like anything in life, you get what you pay for. It’s not about finding the cheapest person to complete tasks you can’t do yourself,” Williams says.

3. Go through an agency

There are plenty of agencies out there that hire offshore virtual assistants you can go through to lessen the likelihood of running into issues.

Business coach Glenn Williams, of nLIVEn, says engaging an agency that can find and manage the relationship with you is a popular approach.

You interview candidates, choose one, contract with the agency, pre-pay a month at a time and monitor the worker’s performance, he says. Some people may pay performance incentives, he adds.

“This way, they’ve already done some of the matching work for you, by negotiating some of the terms and conditions such as rates, availability and mutual responsibilities.”

He recommends starting with a flat hourly rate with a fixed number of hours.

“Once you both understand the nature of the role, each other’s strengths and allow a pattern of work to emerge, you can then start to think about reward and incentive programs.”

Like any employee, review the relationship after three months again agreed and documented expectations, he adds.