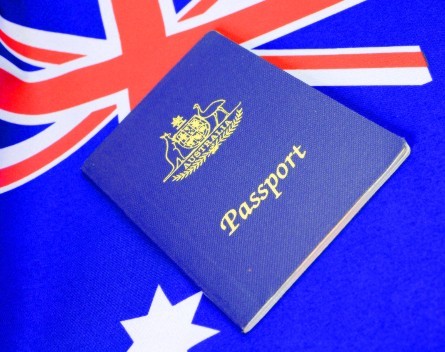 Startups continue to run into problems attracting talent as a result of Visa restrictions, according to StartupAUS board member Peter Bradd.

Visa reform was one of a number of topics Bradd discussed with government representatives, lobbying for change on behalf of StartupAUS and the broader Australian startup community.

“At the moment the 457 visa applications are done through a law firm, and they can cost up to $10,000. For a startup that doesn’t have a lot of money, and doesn’t have access to employee share options, it’s difficult,” Bradd says.

“And they’re competing with Facebook, Google and Microsoft for talent.”

Bradd was meeting the government as it considers which recommendations it will be implementing from a recently released independent review into 457 visas.

“We have 12,000 ICT graduates every year, and only 4000 stay – 8000 are foreign students and it would be great if we could keep them here. Australian is a beautiful country, people want to move here. We just need to make it easier for them to live here,” he says.

Local Measure founder and chief executive officer Jonathan Barouch agrees. He says while the Immigration Department has taken steps in the right direction over the past 12 months, processing applications quicker, more still needs to be done to tackle skill shortages.

“The big issue for the technology sector is the fact we don’t have enough engineers locally, or enough digital talent to fill the need,” he says.

“Over the past 12 months, it has been a lot easier to get 457 visas, which is great. For a startup the difference between one week and six weeks is enormous.

“But we need to do anything we can to make it easier and cheaper to sponsor engineers, to sponsor key talent.

“We’ve got two people on our team that have come from the US. They’ve added an enormous amount of value and helped our team members learn and grow, but it costs way too much money for most startups to be able to do it.”

Barouch says there’s a clear need to streamline the application process for engineers and similar positions in ICT to enable startups to undertake it without the need for outside help.

“It’s not so much the cost you pay for the visas, it’s the cost of the agent too. It’s not something that a normal startup could do on their own,” he says.

Barouch suggests a program similar to the E3 class visas in the United States, which enable skilled workers to complete the applications themselves, and then gives them a grace period to find work. He also thinks Australia should promote the attractive lifestyle it can offer to skilled workers in the tech industry looking for a sea change.

“We don’t play it up enough. Particularly in Sydney, we need to boast about the lifestyle, the beaches, people want to move to Sydney, the startup community needs to do a better job of selling it,” he says.