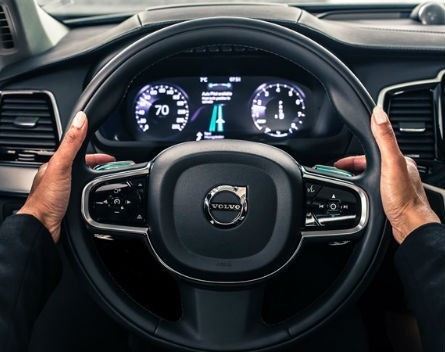 Volvo says it will take responsibility for crashes involving its self-driving cars as the manufacturer calls on regulators to quickly adapt to the new technology.

“If we are to ensure a smooth transition to autonomous mobility then together we must create the necessary framework that will support this,” Samuelsson says in a press release.

That makes Volvo one of the first companies to say it will accept all liability whenever one of its cars is in autonomous mode.

“Volvo wants to remove the uncertainty of who would be responsible in the event of a crash,” Samuelsson tells the BBC.

This commitment relies on the security of these driverless cars, and Samuelsson says hacking a car should be a criminal offense and shouldn’t be blamed on the manufacturers.

“We are constantly evolving defensive software to counter the risks associated with hacking a car,” he says.

“We do not blame Apple or Microsoft for computer viruses or hackers.”

It’s a move that’s sure to have implications for autonomous cars around the world, with regulators trying to keep up with rapid developments in technology.

In Australia, Adelaide is trying to place itself at the centre of the autonomous cars movement, with the city to host the country’s first real-life trials of driverless cars on open roads later this year.