Water Farmbot doing? Leading the field on an irrigating issue 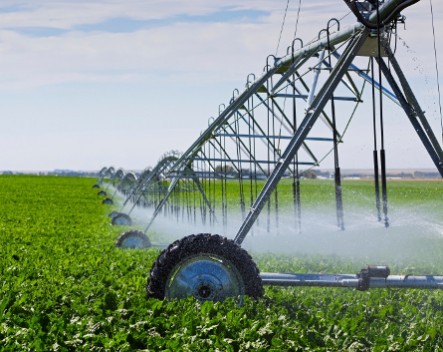 The agricultural sector is going to become more and more reliant on technology, as the number of individually operated farms dwindles, according to FarmBot co-founder Michael Warner.

“The sector is an old demographic, there’s going to be a rationalisation in time as older farmers retire,” he says.

“Their children, they’ve often got other careers and don’t necessarily want to work on a small farm and get essentially a subsistence living.

“So those farms are going to be consolidated and there’s going to be a far greater use of technology.

“A lot of the labour force has been pulled out of agriculture to go into the mining sector, and we don’t see that as being reversed terribly much.”

A graduate of the Telstra-backed Muru-D accelerator program, FarmBot wants to capitalise on that shift. Its technology promises to reduce the cost of water monitoring on farms by over 80%.

Once a FarmBot receiver is installed, farms in a 35 kilometre radius are “FarmBot” ready. Farmers can then install a FarmBot sensor on their water tanks or water retention device and remotely monitor those water levels on smartphones, computers or tablets.

All processing and data storage is cloud-based.

“We’ve picked a problem that is easily crystallised, it’s not so esoteric to derive the value of it,” Warner says.

It reduces the amount of time farmers need to spend individually monitoring water levels, and lessens the chance of livestock being lost through dehydration, which co-founder Craig Hendricks points out is a particularly expensive problem.

“Basically 100 head of cattle are worth $80,000 but only if they have a constant supply of water. Less than two days without water in summer and these animals can be close to death, so there are big risks and big losses,” he says.

“Farmers will regularly travel over rough roads through endless gates just to check their stock have water. This time spent is costly and non-productive.”

Warner first tried to create such a solution for water monitoring in the early ‘90s, but have had to wait for technology to catch up.

“14 years ago I had a crack at a system like this and it just wasn’t suitable,” Warner says.

“It was the wrong price point, the radios didn’t have the range, it was clunky and you couldn’t get servers that you just bought space on.

“So for about 10 years Craig has been trying one direction and then another, tinkering and then finally he came to a specification where we had long range uni-directional, data transfer in very small packets, low bandwidth, getting it to a server. And that’s what we’ve come up with, Farm Bot.”