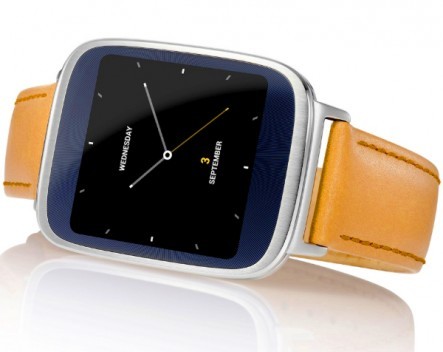 Were you to wander around Las Vegas this week you’d be in for a surprise – the usual office-weary conference goers have been replaced by the sparkling spectacle of technology replete with Silicon Valley hotshots, super-fast 3D printers and hovering drones.

The Consumer Electronics Show in Las Vegas is the largest electronics trade show in the world where many of the latest consumer gadgets get their first public outing. Wearable technologies are big this year: devices incorporating sensors that capture data from our bodies, such as movements, moods, sleeping patterns or heart rates.

For gourmands there is the infinitely useful “smart belt” (which loosens or tightens with your waistline), for concerned parents there is the “smart pacifier”, Pacif-I, which allows you to monitor your baby’s temperature remotely with an app. And there is the Melomind, a headset that scans your brainwaves to select tunes customised to your mood.

In addition to making our lives easier, wearables provide us with a means to get to know ourselves in greater detail. At least, that is the key message of the “quantified self movement”. According to one of the founders, Gary Wolf, self-quantification promises “self-knowledge through numbers”.

Data is not enlightenment

This might sound nice, but we should not fool ourselves. This has nothing to do with the philosophical self-examination once proposed by Socrates. It is much more fatalistic.

Take Chris Dancy, a quantified-self guru known as “the most connected human on earth”. In an interview he recalled how in 2008 he had been laid off with bleak prospects of finding a new job. To “rebuild himself for the future,” he turned to self-logging his data. According to Dancy, everyone has to go down the same path – he is just ahead of the curve.

Should we regard life-logging as an attempt to better ourselves, adapted to market conditions? Perhaps wearables, personal data sharing, and a constant drive to improve ourselves is less about expressing our own individuality than meeting the expectations placed on us: to be connected, sociable, creative, hard-working. Precisely the things a job coach would recommend.

This is the point we develop in our new book, The Wellness Syndrome. Self-actualisation – turning against imposed demands to find your true inner self – and the opposite, complying with those demands, have come together almost seamlessly. But this is strange.

We can draw a historical parallel between today’s tech culture around San Francisco and the generation of spiritual self-actualisers that came to prominence in the region during the 1960s. With a dislike of authority, these people rebelled against the prevailing cultural norms of their time. At places such as the Esalen Institute they could learn how to get rid of paternal figures by taking the “hot-seat”. Typically this meant placing an imagined father figure on the chair, verbally abusing him for a while, then experiencing a sense of relief from having pushed the father aside. The purpose of the workshop was to liberate yourself by taking ownership of your life.

Today’s wearable enthusiasts don’t put an imaginary father figure on the hot seat, they sit on it themselves. The exercise doesn’t last for only a few hours; instead it goes on every single hour of the day with constant monitoring using wearable devices.

In this work context, where wearables are becoming increasingly popular, it evokes a return to the productivity theory and Scientific Management of Fredrick Winslow Taylor – but with a twist. The writer Nikil Saval has claimed that the rise of self-quantification has revived “Taylor’s dream of pure efficiency”. This time, however, the stop-watch is not confined to the factory floor, but keeps ticking at all moments of life, even during our sleep. Even when “liberated from threats or coercion”, Saval says, “we scientifically manage ourselves”.

This trend can have devastating consequences. Wearable users can become obsessed with checking on themselves – we already know that the average smartphone user checks their device an average of 150 times a day. Once a user has information about their own bodily functions, this compulsive checking is likely to intensify.

In the film Modern Times, Charlie Chaplin’s hands continue to twitch after he leaves work in the factory. Today, heavy users of smartwatches have been found to develop a “phantom watch” effect, constantly checking their bare wrists even when not wearing the gadget.

What sets wearables apart from other forms of social media is that, instead of reaching out to the world through messaging, emails, and social networks, we start to turn inwards, self-reflexively checking our steps, calorie intake, heart rate, or moods. As we become more obsessed with our own personal “dashboard”, we are not necessarily gaining more insights about ourselves. Constantly seeking to improve our data might have unfortunate social consequences.

What would happen if we started to spend time exclusively with those who could help us juice up our happiness rating? Is what’s good for our happiness index good for our social life? Rather than gaining self-knowledge, we run the risk of becoming self-delusional. Perhaps it’s too early to tell, but there’s reason to fear that wearables will make people even more isolated.