Welcome to the failure age!; I’m not trying to have it all; Twitter’s DM disaster was really a triumph: Best of the Web 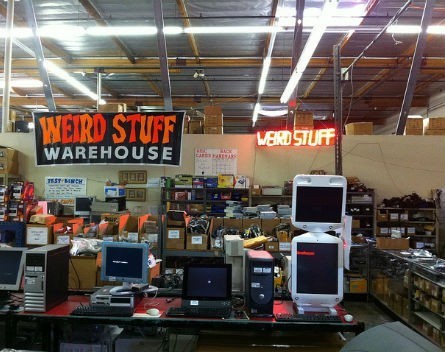 Innovation looks boring close up, says Adam Davidson in ‘Welcome to the failure age!’ in The New York Times. Perhaps the best place to behold Silicon Valley’s success as a platform for innovation is a 27,000-square-foot warehouse of Weird Stuff, according to Davidson. This 21-person company buys the office detritus that startups no longer want.

“Weird Stuff is a reminder of another, unexpected truth about innovation: It is, by necessity, inextricably linked with failure. The path to any success is lined with disasters. Most of the products that do make it out of the lab fail spectacularly once they hit the market. Even successful products will ultimately fail when a better idea comes along.”

This age of innovation is also an age of failure, Davidson says. We will learn to take risks and it will no longer be easy to describe what you do for a living.

“I’m not trying to have it all”

Entrepreneur Kristy Sammis went to her doctor and told him, “I’m very stressed because I run a company.”

“Uh-huh,” he said, and then added with sincere concern, “And also you’re a mom.”

In ‘I’m NOT trying to have it all’, posted on Daily Worth, Sammis explains why no man would ever get asked this question.

“When I’m stressed out, my cute little company-thingy can’t be the cause. No, I have to be stressed because I’m trying to ‘do it all’. It’s probably that I’m wrestling with mom guilt and would rather be home with my kids. Or because after work I have to get dinner on the table. Or because I’m not looking so hot and my libido is shot. And surely all this — the hours, the stress, the un-hotness — must be a disappointment to my husband,” she says.

Guess what? Maybe running your own business actually is tough and stressful. Whether you are male or female.

This week, Twitter’s chief financial officer made a bit of a social media blunder by sending out a private direct message “DM” to a broader audience. Since then the Twitterverse has been a-twitter trying to work out what the message actually meant. Is Twitter on the acquisition trail?