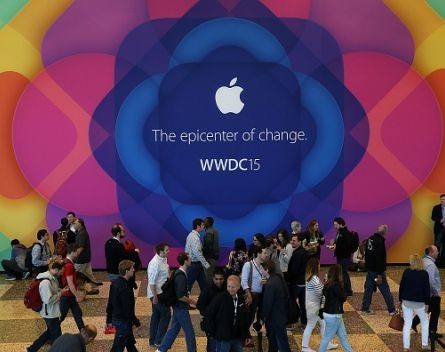 The updates to the Apple Watch operating system are among the most exciting announcements to come from Apple’s Worldwide Developer Conference in San Francisco, say local app developers.

Apple officially unveiled its new music streaming service at the conference, as well as announcing it would kill off the unpopular Newsstand app.

“It was nice to see that Watch OS is a third platform for Apple, and with the 2.0 release later this year the native apps will be available on the watch – which will greatly enhance usability and functionality,” he says.

“A special power saving mode can be enabled which gives users extra battery life at the end of the day,” he says.

“[There are] lots of enhancements to the iPad user interface to enable multi-window functionality, and a greatly upgraded keyboard that will set an industry benchmark.”

Paul Coleman, Fuse Mobile, told StartupSmart it was the changes to the Watch OS that caught his eye.

“As developers we’re thrilled Apple have made significant changes to the Watch OS meaning that we can now develop natively for the device without relying on the iPhone,” he says.

“This is what we expected to be ready at launch and we’re now confident we’ll be seeing more innovation in apps using this device. We have a few projects at the moment that will benefit hugely after this announcement and can’t wait to release these apps specifically for the Watch.”

Coleman says Apple’s new music streaming service will also be a platform to watch as the company makes a shift from the downloading to streaming space.

“Apple Music is the biggie from this year’s WWDC and with 800 million credit cards linked to iTunes, it’s an audience primed to take paid streaming music services mainstream,” he says.

“I’m sure Spotify, Soundcloud and Pandora – although well established and services that have passionate audiences – are anxiously looking over their shoulders now with Apple entering the fray.”

Mark McDonald, the co-founder and chief executive of Appster, told StartupSmart Apple Homekit – the company’s framework for controlling connected accessories in a user’s home – is “probably the most disruptive element” of the releases announced at WWDC.

“Apple will allow hardware to interface with the homekit and we’ll see the Apple TV become a hub to control it all,” he says.

“This is exciting because we’re seeing a physical expansion of the Appstore which Apple will get a meaningful  advantage over Android with.”

Guy Cooper, the managing director of Wave Digital, also points to the Apple Homekit as “interesting” developments in the IoT space – something developers are “very excited about”.

“Updates to Watch OS2 and WatchKit are exciting in that they will open up more of the core functionality of the device for developers to create some real-world problem solving apps,” he says.

“However we will still need to see a strong uptake in the number of device users before the app marketplace will start to mature.”