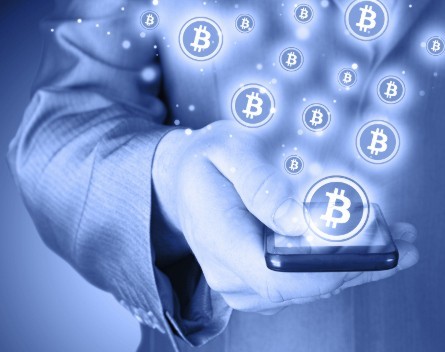 Bitcoin has been declared the “end of money as we know it” and as a currency for our times; decentralised, and created specifically for seamless exchange on the Internet. That is, it would be, if everyone knew exactly what it was and was actually prepared to use it.

The problem is, for most of the general public, Bitcoin still remains a mystery. In a recent survey of consumers carried out by analyst firm PWC, only 6% said that they were very familiar or extremely familiar with currencies like Bitcoin. 83% of those surveyed said they had little to no idea what Bitcoin was.

Contradicting this is the fact that there has been a great deal of publicity around Bitcoin which is reflected by people searching for the term. Google Trends for example, shows that searches for Bitcoin exceeded those for two other payment systems, Apple Pay and Google Wallet.

Most of this attention has come from well publicised stories of Bitcoin and its association with drug crime on the Internet or hacks of Bitcoin exchanges like Mt Gox, where hundreds of millions dollars worth of the currency was stolen.

So what is it exactly?

Bitcoin is first and foremost a currency like any other. One Bitcoin can be exchanged for almost every other type of currency, on any number of “exchanges”. At the moment, 1 Bitcoin is worth about US $230.

Once a Bitcoin is bought, it can be used to buy goods at a price in Bitcoins that is determined by the current exchange rate quoted on the various exchange markets. This is no different to using Australian dollars or Euros to buy things on the Internet priced in US dollars say.

Using Bitcoin to buy things is very much the same as using electronic payments from a bank. The merchant will have an account number that is used when sending the required number of Bitcoin.

Once sent, the merchant will confirm payment has been received and everything then proceeds just as if payment was made in any other currency.

If it is that simple, why does everyone get confused?

The trouble Bitcoin has had from the start is that it was an invention of computer science. Many of its attributes are based on the intricacies of the technology that makes it work and of interest only to specialists.

For it to replace current payment systems, Bitcoin had to be marketed as having distinct advantages over using credit cards or services like PayPal. The difficulty with this is that the advantages are subjective. And merchants, and the public as a whole, have had a hard time in seeing them. The advantages of Bitcoin have certainly not been enough to warrant using it in preference to credit cards.

But what about the “block chain”?

As the marketing around Bitcoin hasn’t fared too well in targeting it as a replacement for credit cards and electronic banking, people have instead started talking about the really confusing part of Bitcoin called the “block chain)”.

Needing to explain how the block chain works has also been a real weakness in the marketing of Bitcoin. Very few people care how banks agree that a transaction has taken place. They only care that they can look at their bank account and see a withdrawal of a specific amount at a specific time. What magic happens behind the scenes to make that work is really of no consequence.

People have focused on the technology because somehow it was put forward as being more clever than how banks do things at present. But they argued this without actually acknowledging that the current system operates incredibly well and is extremely efficient. The current banking system has been baked into society for thousands of years and despite some of its failings (high charges and service quality) has succeeded because, it just works.

It’s not that complicated

Whilst the average member of the public is still puzzling over why they should care about Bitcoin, technologists and finance specialists will continue to argue about the relative merits, or otherwise, of the specific attributes of cryptocurrencies over our current payment systems. None of that is central however to understanding what Bitcoin is.

All that is really important to know is that Bitcoin is simply another form of money.