What the Coalition’s win means for small business 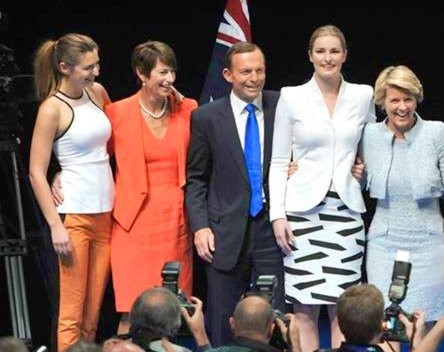 The Coalition has won the federal election and, with that, the landscape for business in Australia has changed.

Traditionally considered friendly to business, the Coalition’s plans will now shape Australia’s economic future, as well as the future of around two million small businesses which are regularly lauded as the engine room of the country’s economy.

Here are some of the Coalition’s policies likely to impact on business:

The Coalition’s big promise is the 1.5% cut to the company tax rate, which Prime Minister-elect Abbott has pledged. The promise also has a second effect – winning over small business. Under the Coalition’s paid parental leave plan, big businesses would suffer a 1.5% levy on profits.

Now, the 1.5% reduction means those larger businesses won’t pay any more tax than they currently do.

Abbott has also said while the Coalition won’t raise the GST, the tax will still be part of an overall review. Anything can happen.

It’s also worth pointing out conservative states have started lobbying for reducing the low-value threshold – something which Labor has not moved to change. If the Coalition wins power, this is almost certainly an issue that will rear its head in the first six months of government.

However, there are some caveats. The Coalition will scrap the increased asset write-off threshold to its original $5000 and get rid of the rapid depreciation rules as well.

And the big one, scrapping the carbon tax, which is expected to flow through to a range of business expenses – if it gets through the Senate.

The Coalition has made red tape a big part of its pledge to small business. Abbott has set a goal of saving $1 billion every year by eliminating unnecessary expenses, and has even said a Coalition government would set aside two sitting days for getting rid of regulation.

The paymaster requirement for parental leave would be erased under a Coalition, while environmental regulations have also been targeted by erasing duplicated laws between the states and federal government.

Public servants will have their bonuses tied to deregulation under the Coalition, each department will be required to create a unit for getting rid of red tape, while the Office of Prime Minister and Cabinet will oversee deregulation duties.

The Coalition’s parental leave system is more expensive, and ultimately more generous. Mothers will receive 26 weeks at their actual wage, along with superannuation. The scheme is set to start July 1, 2015.

However, unlike Labor, the Coalition won’t make businesses of any size act as paymasters. Instead, every payment will be made through the government.

The Coalition has said that small business will be a cabinet portfolio within the Treasury department in an Abbott government.

It has also committed Commonwealth departments and agencies to paying small business suppliers on time or face paying interest on outstanding bills.

“Small businesses work hard for their money and should not be bankrolling government,” Treasurer-elect Joe Hockey said earlier this year.

The Coalition has said it will keep the Fair Work system in place, although there will be some changes. Unions will have fewer right-of-entry allowances, while the Australian Building and Construction Commission will be reinstated fully.

Individual Flexibility Agreements will also receive some changes, with the Coalition set to widen conditions under which IFAs can be negotiated.

A huge part of the Coalition’s plan is a new HECS-style apprenticeship support scheme, which will cost $80 million. Apprentices can borrow $20,000 under the scheme for tools and equipment, to be distributed across four years. Finishing the training triggers a discount.

Other education policies include creating an infrastructure fund for schools when the budget is back in surplus, along with commissioning the Productivity Commission to conduct a review of the childcare system.

The Coalition hasn’t been interested in doing business with the car industry. Although it has promised to wind back Labor’s changes to the fringe benefits tax that has been blamed for a sharp fall in new car sales.

Exporters will welcome $50 million in grants, and $50 million for transitional assistance for areas moving out of manufacturing.

The Coalition changed its policy on the NBN earlier this year. Instead of simply stopping the project in its tracks, the NBN under the Coalition would continue – but with one major change.

The Coalition NBN will no longer be fibre-to-the-home. Instead, it will be fibre-to-the-node, with copper connections to each home. Individuals can connect their homes to the node with fibre, but it will cost them – to the tune of several thousand dollars.