What was missing from the relaunch of Medium 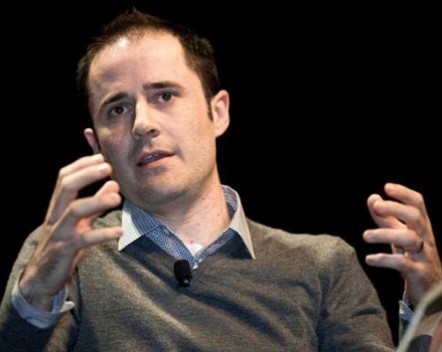 When one of the founders of Twitter announces a special event in San Francisco, you can always expect a flurry of excitement. Ev Williams had gathered future watchers to unveil plans for Medium, the digital publishing platform that he launched three years ago.

Forget 140 characters: Medium is about long-form content. It’s a blogging platform with a difference, combining paid-for professional contributions from top writers with articles from unpaid amateurs. The “Top Stories” list shows articles that have received the most upvotes, currently including “The Only One Skill That If You Have, Will Completely Change Your Life” and “Elon Musk’s Sleight of Hand”.

The site also hosts numerous edited publications such as tech-dedicated Backchannel and The Message, the platform for an “anarcho-collective writing group”. As Ev Williams pitches it:

It’s the place where Bono lays out a Marshall Plan for Africa and Melinda Gates responds. It’s where a gay Catholic discovers his voice, which leads to meeting the pope. Where members of the trans community talk about what they wished they could wear in public.

It’s where former Amazon employees give Jeff Bezos feedback. It’s where best-selling author John Green discusses the absurd nature of press tours. And it’s where Michael Pollan lays out a food policy for the country, calling on Washington to respond.

So far Medium has had a relatively low profile in the UK, but it has big ambitions to transform and democratise online publishing. The current relaunch is being brought to you with $57m (£37m) of newly secured venture-capitalist funding.

The event on October 7 was called Medium 2.0, but this was no Apple product launch. The whole thing felt decidedly amateurish: the mics didn’t work, there were distracting sounds coming from outside, and only a shaky Periscope feed for the rest of the world to watch. But perhaps that was the point.

Williams took his audience “back 16 years ago” to a time before Twitter, when he was sitting “in a basement” with a group of friends who together came up with the idea of Blogger. With Medium 2.0, he wants to create the same sense of urgency and innovation. Yet it is not a social-media site. In Williams own words, “social media is not sufficient … it didn’t necessarily make us smarter or more connected”. This from the co-founder of Twitter.

He now wants to create “a better publishing system” which will be the “default place to share perspectives”. As he put it in a blog on Medium, the platform is there to make “writing more powerful, more fun, more democratic, and more essential”. At the same time, he promises to “help good stuff get the attention it deserves, no matter who the author is. Keep it simple; put words first. Enable meaningful feedback. Optimize for substance”.

There appears to be a dilemma here, though. Who decides what the “good stuff” is? How does this optimising for substance happen? How does Medium remain open, fair and democratic while maintaining this type of quality control? They appear to be conflicting aims. If Medium is creating a level of editorial scrutiny, what distinguishes it from any other online publisher?

Much of this is about image. Medium 2.0 has a raft of new features, logos, upgrades and applications. It is about moving slowly away from the desktop site and giving people more tools on their new mobile Android and iOS apps. One of Medium’s writers, Marcin Wichary, emphasised a new “beautiful, simple writing tool” with drop caps and customisable fonts. Contributors can now write, edit and post on the move via their mobile devices.

There are new custom domains which puts Medium is close competition with sites like WordPress and others. They’ve also developed a new feature called “mentions”, which involves tagging and linking to individuals mentioned within a text and inviting them to contribute to the conversation. This is essentially the same as Twitter’s option to direct tweets towards anyone tagged by an @ symbol within a post, but in the case of Medium it is about engaging people in a longer, more in-depth discussion.

Yet something was missing from the Medium 2.0 event, something that many commentators and writers had hoped would be included: a regular way to monetise content and pay ordinary contributors. Intellectual property is a contentious area, normally buried down in the depths of the small print in the terms and conditions of app downloads. But it is something that social-media users are increasingly becoming wise to. As one writer, Andrea Phillips, warned other contributors on Medium back in 2013: “if and when they decide to monetize your content… they’re not under any obligation to give you one red cent of the proceeds”.

Admittedly Medium 2.0 is promising to move down the road of user monetisation. As Ev Williams stated in his blog:

we are going to be exploring new ways for professional and independent content creators to connect with both brands and their readers. We are committed to facilitating those relationships in a way that helps money flow back to creators so they can sustain themselves doing what they love.

The plan is to turn the amateur blogger, the so-called citizen journalist, into a professional content creator. If Medium is to ever become revolutionary, we need to see how it handles this first.