Where next for wearables 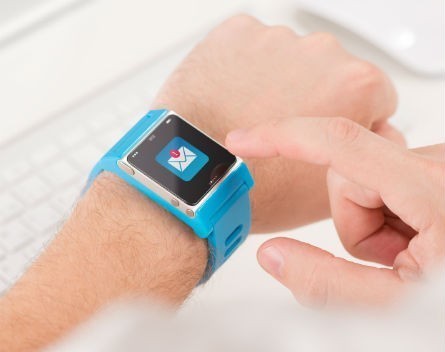 The wearable band market exploded in 2014, recording a 700% year-to-year increase. As growth continues , even while investment cools, many are wondering if wearables are the next big thing in tech.

How big is the wearables market?

The short answer is, pretty big but not huge. According to a study by ReportsnReports, wearables will account for nearly $30 billion in revenue over the next five years.

Analysts from the investment bank, Piper Jaffray expect the wearable tech market to grow from 21 million units in 2014 to 150 million units in 2019. That represents an incredible 48% compound annual growth rate (CAGR). That’s comparable to the adoption rates for tablets at a similar stage of development.

The firm expects the growth to be fuelled predominantly by wrist wearables like smartwatches and fitness bands. The target market for wearable tech includes all people 15 years and older living in developed nations, or around 1.08 billion people, according to Piper Jaffray.

Wearables look likely to present the same size of opportunity as the tablets industry did a few years ago. However, there’s one major distinction. Tablets were solving a problem already being addressed by smartphones.

“The future of wearables is not simply a transfer of apps from the phone to the wrist, but solving problems or delivering benefits that fundamentally cannot be done any other way.”

According to MarketsandMarkets the Location Based Services Market (LBS) will grow from $US8.12 billion in 2014 to $US39.87 billion in 2019 at a very impressive compound annual growth rate (CAGR) of 37.5%.

High-end smartwatches, bands and wearables like Google Glass could have a major impact on the market for LBS devices. These will combine smartphone capabilities such as messaging, social apps and navigation, with new services suited to wearable tech, like location-enabled games.

According to Statista, the worldwide mobile payment volume in 2014 has reached $235 billion and is expected to grow to $721.4 billion by 2017. Combined with location services, and considering the number of sensors and beacons being deployed right now, it’s highly likely wearable tech will change the way customers pay.

The opportunities to innovate on payments and come up with different types of services are vast. For example a Dutch startup EAZE just introduced a new service called “Nod To Pay”, a Bitcoin enabled wallet that works on Google Glass.

Right now, we see an infrastructure rollout with many stores and stadiums installing networks of beacons. Sensors and iBeacons can act as triggers that allow for smarter interaction with an environment.

For example, if you walk into a store a beacon will know who you are and what department you’re in. Then, based on your past shopping history it can send you a notification for an in-store promotion.

According to PWC, more than 20% of American adults use wearable tracking devices to monitor their physical activity, sleep patterns, calorie consumption, and much more.

With technology platforms capturing data from multiple sources such as wearables, phones and glucometers, and pulling it all together, caregivers will get a new, holistic and real-time view of the patient’s health.  This is an exciting new frontier with a huge potential to change the way healthcare is delivered.

According to mHealth App Developer Economics 2014, 100,000 apps dedicated to mobile health were available for Android and iOS in 2014.  The global health and fitness app market is now worth about $4 billion and on the pace to reach $26 billion by 2017.

The global gaming market is currently valued at $US83.6 billion according to a recent report by Newzoo. It’s booming. This year it’s likely going to add another $US8 billion in revenue. What’s interesting is that the report doesn’t include wearables as another type of a device for building gaming apps.

Apple  recently entered a partnership with IBM delivering numerous enterprise apps supported across all Apple devices laying the foundation for big changes to happen in the enterprise space. And likewise, Google announced a similar initiative to partner with startups to integrate Google Glass into operating models.

Clearly both companies are looking to accelerate wearable adoption in the corporate world, pushing communication and collaboration to new boundaries.

Fashion was one of the first industries to embrace wearable technology. Clearly, it has huge potential to change the $US225 billion market.

Recently, Gartner has forecasted that smart clothes are about to surpass smartwatches and fitness bands to become the biggest wearables sector by the next year, with 26 million smart garments to be shipped in 2016. That’s up from 0.01 million in 2013.