Which apps are educational and why? It’s in the eye of the beholder 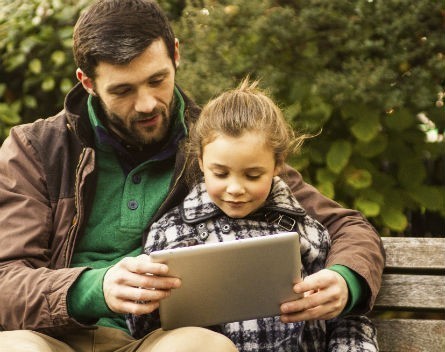 Toys and apps for kids are a multi-million-dollar industry, and being able to label something as “educational” is a major selling point. However, “educational” is often in the eye of the beholder and the potential of any app, or toy, relates to what you can creatively do with them with children.

With more than 80,000 educational apps in the iTunes store, it’s usually very difficult for parents to know which ones are worth buying.

A group of academics recently provided guidance on what sorts of apps are educational. Particular types of apps are often derided in broad statements like, “avoid closed apps with limited potential”.

Closed apps are apps with fixed features and activities that you cannot deviate from except the order that you might choose to complete them. They might, for example, be a spelling or addition game with a single answer. Some are “graded” and you cannot move on to a new level unless you have demonstrated mastery of a previous level.

Criteria for “good” apps are usually framed in terms of their capacity to allow active, engaged and meaningful learning and social interaction. These are all laudable attributes. Yet some of the simple, closed apps can also be fun and useful to learn the basics of literacy and numeracy.

Apps are continually compared as alternatives to existing educational resources rather than being complementary. Most guidelines insist that apps be evaluated in terms of learning theories (for example Jean Piaget’s Theory of Development) that were formulated prior to the advent of computers, or by creating standards that other children’s materials, such as jigsaw puzzles or children’s books, aren’t ever asked to live up to.

There are benefits to some ‘closed’ apps

Not all closed apps are to be avoided. With Jigsaw Maker, for example, children can take photos of each other and their environment and then generate electronic jigsaws to solve.

Taking the photos, and the conversations about the process of creating their own jigsaw, represent wonderful learning opportunities for children who are experimenting with words and language as they grow more confident.

Some so-called “closed” apps present ways of experiencing the foundation skills in literacy and numeracy which can happen before school begins. Apps like Bugs and Numbers, Number Train, Shapes, First Words, Monkey Lunchbox, Food Words and Futaba all enable very young children to acquire such skills by playing with them in a fun context.

One of my personal favourites is an app called Nighty Night, which is set on a farm and a circus. Each animal has to be put to bed by finding a switch and turning off the light. At the end it is apparent that the only person left awake is the child playing the game and the realisation that it is bedtime becomes self-evident!

Research I undertook with a team at Victoria University showed that you need a range of apps. In play-based kindergarten, closed apps can be used with open-ended apps for playful explorations and both provide contexts for new learning.

We’ve also found that for children struggling with the “basics” in the first year of school, learning the concepts with targeted apps can be beneficial.

For example, we worked with prep children (aged 5-6 years) who had been at school for six months and still were not able to recognise the numerals zero to nine, write them, or advise what number came before or after each one. Thus, they were struggling with number concepts and not able to move on to new work with the rest of the class who had progressed to the numbers 10 to 20. We spent 20 minutes with six children at a time over six weeks with number apps on the iPad.

At the end of the first session they were able to name all the numerals to nine, tell us what came before and after each one and write the numeral on a piece of paper. This knowledge was consolidated over the following weeks, with 20-minute sessions once a week.

Ultimately, what could not be achieved in six months in a classroom with traditional materials was achieved and consolidated in three weeks and then extended with other more creative tasks. These included using an app called MadPad to make a montage of (12) number and counting activities and creating an eBook about numbers with creative and open-ended apps (like Book Creator and Comic Life).

Simultaneously, those children in the class who had moved on to the larger numbers were also given the opportunity, in a data-collection activity related to a farm visit, to survey half the group about their favourite farm animal and record their findings on a graph created with Scribblepress. This generated much excitement, conversation and learning about animals, farms and reviewing and interpreting the data – regarded as essential for mathematical understandings in primary school.

Apps with creative potential are educational

Our research showed that after a basic level of mastery of literacy and numeracy skills and applications in diverse contexts, the more open-ended – or creative – apps can be used in much more sophisticated ways.

This might include a matrix of ideas and sounds in the app called MadPad, creating music with Garage Band, or making eBooks to summarise investigations of a topic of genuine interest (such as “living things” in science).

Then there is the (free) Play School Art Maker, which enables young children to create various scenes withtheir favourite Play School characters (on the farm, beach or undersea) and then create a one-minute movie telling their story.

There are also electronic books (like Teddy’s Day), which are interactive and bring a new dimension to the reading process not available in traditional books.

You can have the book read to you, or contribute to the storyline with voice or some form of visual/textual input (like Peppa Pig – Fun at the Fair).

Apps such as Angry Birds, Cut the Rope and Birds ‘n’ Blocks are often derided as not being educational. In fact, they provide opportunities to explore trajectories, cause and effect, motion and friction, spatial arrays and decision-making if used appropriately in educational settings.

Some apps might be regarded simply as pacifiers to keep kids entertained, but when parents and adults interact with children playing the apps you will be surprised at the amazing learning conversations you might have and the things you will learn – and that’s educational.

Nicola Yelland is Professor of Education at Victoria University.